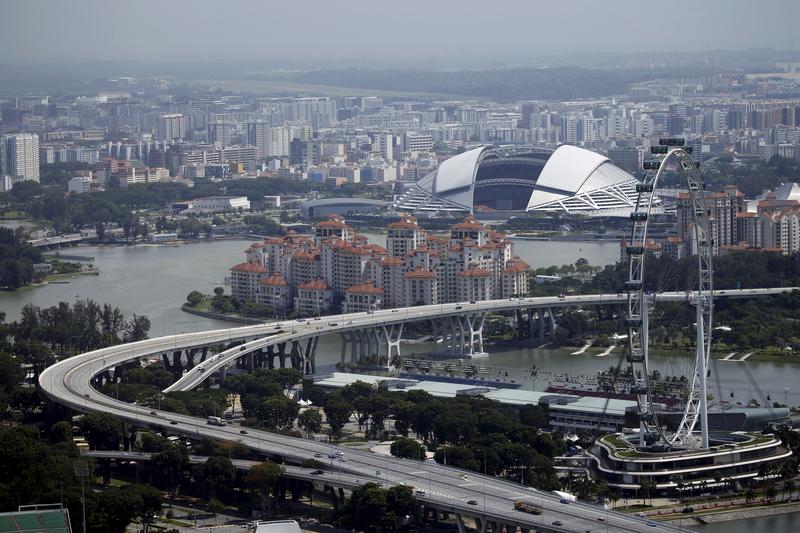 The Lion City grew 0.1% in the second quarter, the slowest pace in a decade. It’s a perturbing signal from the first big open economy to report, and a sharp contraction in manufacturing will worry other tech exporters. But the volatile numbers can set off false alarms elsewhere.

A view of the Singapore Flyer observatory wheel and the National Stadium among public and private residential apartments in Singapore, February 22, 2016. Singapore will release the fourth quarter GDP on Wednesday.

Singapore’s economy grew 0.1% in the second quarter of 2019, compared to a year ago, dragged down by a sharp contraction in manufacturing, according to official data released on July 12.

That is below the 1.1% forecast in a Reuters poll of 13 economists, and the slowest annual growth since the 2009 April to June quarter when it fell 1.2%.

The economy shrank 3.4% on a quarter-on-quarter, seasonally adjusted and annualised basis, compared to a 3.8% expansion in the January to March period.