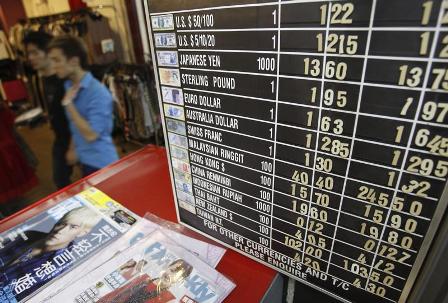 Singapore is kicking off a necessary cull of benchmark interest rates. The city-state is expected to kill off the U.S. dollar Singapore Interbank Offered Rate (Sibor) in order to focus on the weightier local-currency version. With alternatives on tap, the switch should be manageable. It will also be a useful test for London’s planned interest rate bonfire.

Revelations that traders rigged the London Interbank Offered Rate (Libor) have prompted a global rethink of interest rate benchmarks. Regulators’ main focus is rightly on beefing up the ramshackle process whereby banks submit estimated rates each day. The proposed solution is to force banks to base their submissions on actual trades, rather than guesswork. That process is leading regulators to phase out lesser-used benchmarks, where there are fewer trades.

That is probably why Singapore is considering killing off U.S. dollar Sibor, which is mostly used as a reference point for Asian loans denominated in the U.S. currency. Bankers think the process should be reasonably painless: new loans can use the more widely referenced U.S. dollar Libor rate instead. Apart from some volatility during the depths of the financial crisis in 2008, the two rates have tracked each other reasonably closely. Sibor rates denominated in Singapore dollars – the main benchmark for loans and mortgages in the city-state – would be unaffected.

Nevertheless, scrapping even a minor benchmark remains something of a leap in the dark. Existing contracts that currently use U.S. dollar Sibor as a reference point will probably have to be amended or cancelled. Worryingly, it’s not clear how many loans and contracts will be affected.

That is why other regulators – particularly those in London – will be watching Singapore closely. Last year Martin Wheatley, the chief executive of Britain’s Financial Services Authority, proposed shrinking the number of currencies and maturities for which Libor is set from 150 to 20. “Lesser Libors”, including those denominated in Australian dollars, Canadian dollars and Swedish kronor, would disappear entirely. If Singapore’s cull doesn’t run into any problems, it will provide a green light for other regulators to go after their own interest rate stragglers.

Singapore’s central bank is expected to drop the city-state’s U.S. dollar interbank lending rate as authorities around the globe consider restructuring their benchmark interest rates, Reuters reported on Feb. 18.
The U.S.-dollar Singapore Interbank Offered Rate is mainly used to price dollar-denominated loans in Asia. The changes would not affect Singapore dollar Sibor, which is widely used as a reference for loans and mortgages in the city-state.
The Monetary Authority of Singapore is rethinking the process by which Sibor is set following a global rate-rigging scandal that exposed widespread collusion between banks involved in the setting the benchmark.
Loans that are currently based on U.S. dollar Sibor could switch to the more widely used U.S. dollar London Interbank Offered Rate instead, Bloomberg reported on Feb. 18.
In summer 2012, three banks including Royal Bank of Scotland left the panel of lenders that helps set Sibor.
Martin Wheatley, the chief executive of Britain’s Financial Services Authority, last September recommended changes to Libor that would cut the number of currencies and maturities for which the rate is calculated. This would reduce the number of daily submissions required by banks from 150 to 20.