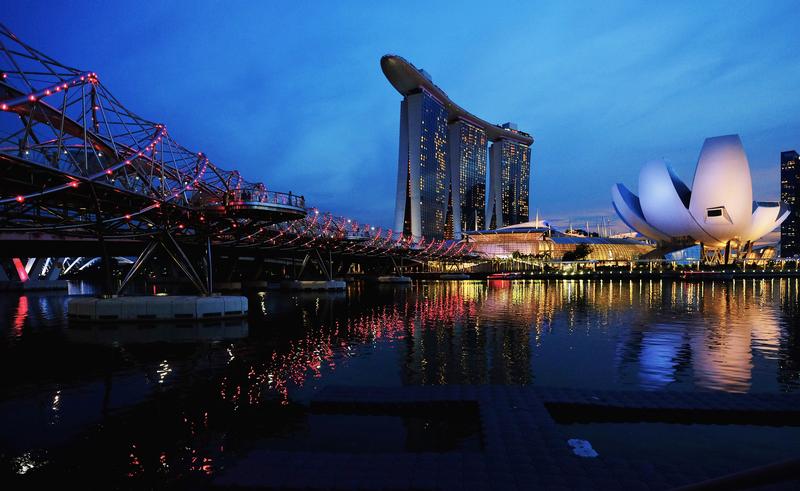 Las Vegas Sands and Genting will invest some $7 bln and endure harsher rules to extend their duopoly in the city-state. Investors flinched, wiping $2 bln off shares. It increases the odds that the Chinese gambling hub will demand more onerous terms from Wynn, MGM, and rivals, too.

The Helix Bridge is seen next to the Marina Bay Sands integrated resort, during dusk in the central business district of Singapore, November 13, 2018.

Genting and Las Vegas Sands have agreed terms to extend their duopoly until 2030 in Singapore, the city- state’s government said on April 3.

The pair will spend about S$9 billion ($6.6 billion) on expanding their resorts. Authorities will also increase the casino entry levies for citizens and permanent residents from April 4, and raise tax rates on gross gaming revenue from February 2022. Shares in Genting Singapore fell by more than 9 percent to S$0.97 on April 4, while Las Vegas Sands shares dropped 1.1 percent to $64.17.

Macau has extended casino licences for MGM China and SJM Holdings until 2022, bringing them on par with other operators, authorities in the Chinese territory said on March 15. Both operators are required to pay a one-off fee of 200 million patacas ($25 million). Regulators have not yet revealed details of the widely anticipated renewal process for 2022.