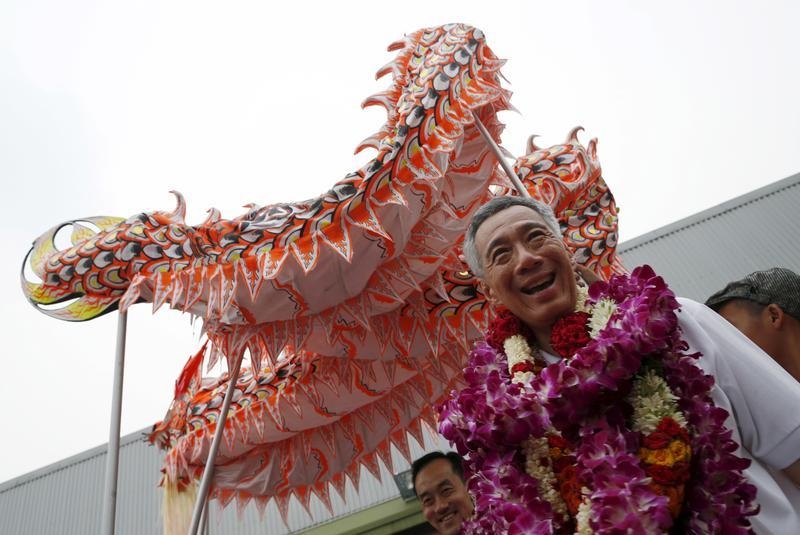 Singapore's Prime Minister and Secretary-General of the People's Action Party (PAP) Lee Hsien Loong is greeted with a dragon dance as he thanks supporters after the general election in Singapore September 12, 2015. Lee basked in his party's thumping election victory on Saturday, declaring it a sign that the city-state has found a formula to keep it on the path of success half a century after it won independence. REUTERS/Edgar Su

Singapore’s ruling People Action Party won 83 out of 89 parliamentary seats in the Sept. 11 general elections. The party increased its share of the vote by almost 10 percentage points to 69.9 percent, compared with 60.1 percent in the 2011 polls.

Workers’ Party, the leading opposition party, won six seats, one less than in the last parliament. The party had called for a minimum wage of S$1,000 ($707) a month, which it said would be gradually raised to S$1,250. In its manifesto, the Workers’ Party had also promised to keep foreign worker numbers constant at between 1.5 million and 1.6 million if Singapore’s resident workforce grows by 1 percent.