Boom, gloom, but no doom 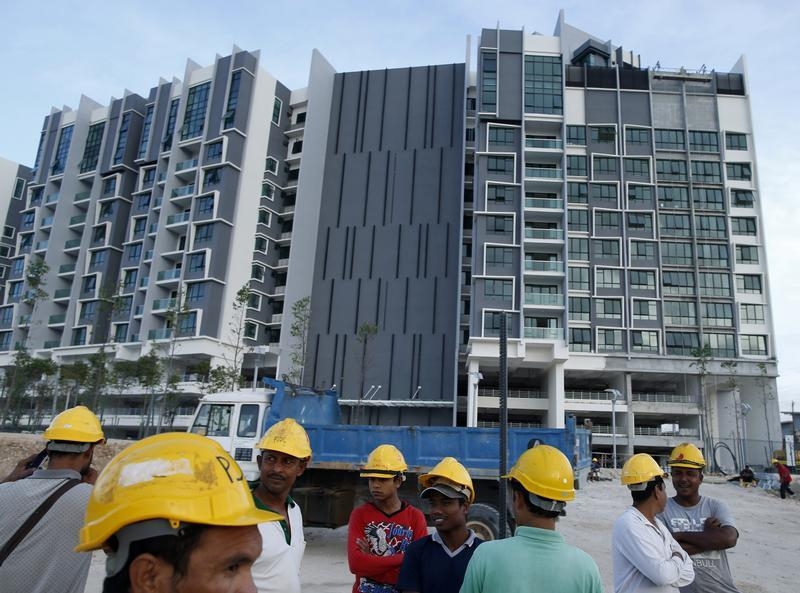 Singapore may have achieved the near-impossible: a soft landing for its property market after a breathless multi-year rise. Residential property prices have eased 7 percent from their September 2013 peak, after climbing 62 percent in four years.

It could get worse before it gets better, with a slowing economy and rising interest rates. A 3 percentage-point increase in mortgage rates would divert an extra 8 to 9 percent of household incomes to debt servicing, according to the central bank.

Supply and demand are still out of line too. More than 60,000 private homes are under construction or being planned, according to the Urban Redevelopment Authority. Meanwhile the take-up rate has crashed to roughly 6,000 houses a year, a 70 percent drop since 2012.

Demand is being held back partly by government diktat, and partly by affordability concerns. The cheap money era that lured households to overpriced, shoebox-sized apartments is ending. And affordability, measured as total wage income divided by interest costs on housing debt, is worsening. The average condominium price is about $950 per square foot, higher than in San Francisco.

All that said, government action is likely to keep a floor under prices. When property mania was at its peak, the authorities imposed harsh duties on buyers and tightened lending norms. Even partially reversing the measures would make it easier for first-time buyers and households trading up.

Immigration is also likely to stoke demand. The authorities have an ambitious plan to increase the population to almost 7 million by 2030, from 5.5 million now.

That is controversial but the government is also pouring money into infrastructure, hoping to ease voters’ concerns with overcrowding. This year, the government is investing S$20 billion ($14.5 billion), two-thirds more than five years ago. The annual outlay should hit S$30 billion by the end of the decade. Projects such as a huge new airport building will only increase the desirability of Singapore real estate.

Property markets the world over are more accustomed to boom and bust than gentle readjustment. But the International Monetary Fund is probably right when it calls this a successful “soft landing”.

Workers wait to start work outside a soon-to-be-completed condominium project at Kota Iskandar in Johor, February 4, 2015. A collapse in oil prices is making it harder to attract investment in the next phases of a plan to build one of Asia's biggest energy hubs on Malaysia's southernmost tip, a development estimated to be worth over $50 billion. The Pengerang Integrated Petroleum Complex (PIPC) aims to help Malaysia compete with Singapore to become the region's top oil and petrochemicals hub, but the local government body coordinating the project said the environment was now clearly tougher. Five miles (8 km) north of Pengerang's oil and gas sites is the Sebana Cove township development, aimed at housing thousands of oil workers and including a golf and yacht resort. But most of its completed luxury houses stand empty and a salesman marketing the next phase said he was offering heavy discounts in a bid to attract buyers. At the Iskandar Project, across the Johor Strait from Singapore and partly focused on oil workers, many condominiums are also empty. Picture taken February 4, 2015. REUTERS/Edgar Su

Singapore’s residential property prices fell again between March and June, extending their decline to 6.7 percent in a little under two years. But following a 62 percent increase over the previous four years, “the softening we have seen is really not all that much,” Ravi Menon, managing director of the Monetary Authority of Singapore, said on July 21.

Singapore has introduced several rounds of cooling measures since 2009, including higher stamp duties and tougher mortgage conditions. Prices of private homes fell 4 percent in 2014, the first year of overall price decline since the global financial crisis.