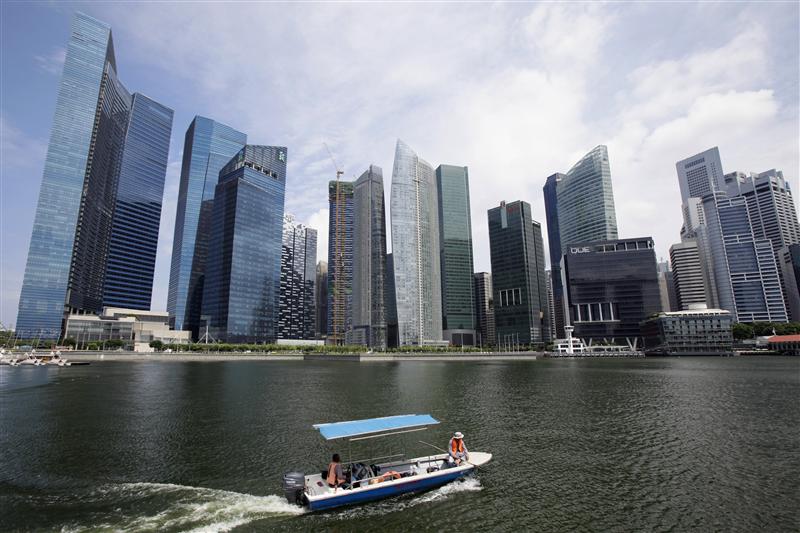 Singapore has come up with a creative way of penalising rate-rigging banks. Regulators are forcing lenders implicated in manipulating the city-state’s borrowing and currency rates to set aside up to S$12 billion ($9.6 billion) in extra central bank reserves. With rates low, however, the costs will be much lower than recent mega-fines.

An investigation by the Monetary Authority of Singapore (MAS) concluded a staggering 133 traders tried to influence rates to their advantage. However, the regulator didn’t find conclusive evidence that they had succeeded. And as attempted manipulation is not explicitly forbidden by existing rules, it could not impose fines on the misbehaving banks.

Nevertheless, the MAS has found a way to extract a pound of flesh. It is demanding that 19 banks deposit extra reserves with the MAS for a year, without receiving interest. That will hit their bottom lines, much like a fine.

Low interest rates mean the financial damage looks manageable, however. Assume the banks borrow the extra funds at Singapore’s one-year interbank rate of 56 basis points: the combined cost for the 19 banks would be between S$47 million and S$67 million.

Alternatively, consider what the banks could have earned if they had lent out the money. At the same net interest margin of 164 basis points achieved by Singapore’s largest banks in the first quarter, the combined income lost would be between S$139 million and S$197 million. Contrast that with the $1.5 billion UBS alone paid for manipulating Libor.

The lower penalties reflect the fact that Singapore’s interest rate and currency markets are much smaller than Libor, which is a reference for trillions of dollars of loans and derivatives. And the damage may still be meaningful when compared with banks’ Singaporean trading businesses.

Even so, the approach is unlikely to catch on. Regulators in moribund Western economies will be reluctant to take an approach that would restrict the availability of new credit to the economy. Meanwhile, the MAS is proposing new rules that will give it the ability to whack future miscreants with criminal and civil charges. While creative, Singapore’s fines may be a one-off.

Singapore’s central bank censured a record 20 banks on June 14 after it found more than 100 traders in the city-state tried to rig key borrowing and currency rates.
The watchdog said 133 traders had tried to inappropriately influence rates.
The Monetary Authority of Singapore said 19 banks would be required to hold extra reserves with it at zero interest. ING, Royal Bank of Scotland and UBS will be required to increase their reserves by S$1 billion - S$1.2 bilion ($797 million - 956 million), with other banks setting aside amounts ranging from S$100 million to S$800 million.
The reserves must be lodged with the MAS for a year, but the duration would vary according to the steps that banks take to address failures of oversight and risk management.
The MAS said the penalties were varied according to the number of traders who tried to influence benchmarks, whether traders from other banks were involved, and the number of attempts. The MAS said it had also taken into consideration the size of the Singapore market relative to other markets.
The regulator said it would introduce criminal and civil sanctions for manipulation of any financial benchmark.