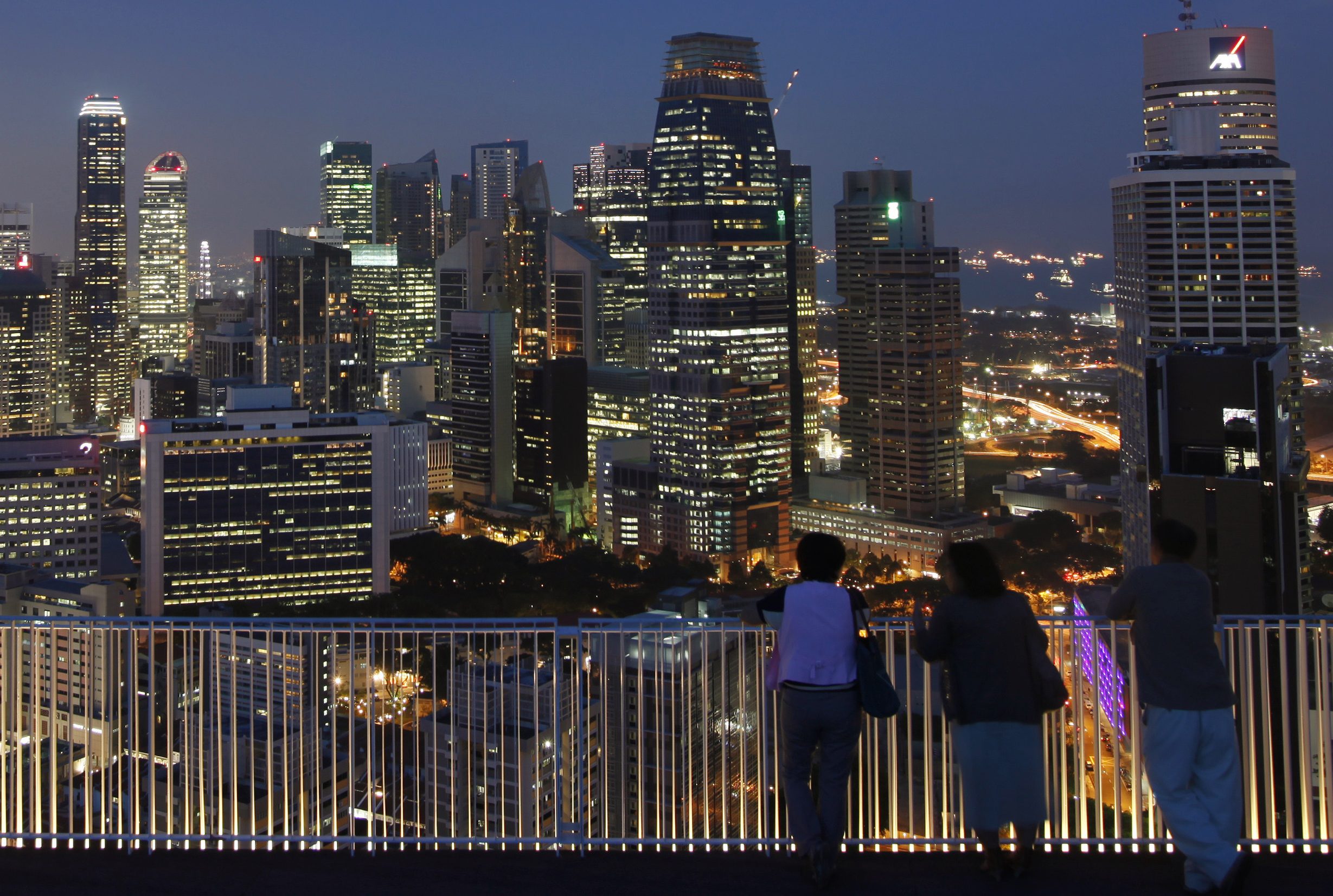 The Monetary Authority of Singapore left its policy of “modest and gradual” appreciation of the local currency unchanged in its policy review on April 14. A majority of analysts surveyed by Reuters had expected further easing. The MAS had raised their hopes in January with its unexpected decision to reduce the pace of the local dollar’s appreciation against a basket of other currencies.

A weaker Singapore dollar should boost the cost of imported goods and help arrest a slide in domestic inflation. It could also help the city-state’s exporters regain some of their lost competitiveness. The latest data show Singapore’s manufacturing industry shrank by 3.4 percent between January and March compared with a year earlier.

But the flip side of a weaker currency is the prospect of a sudden spike in domestic interest rates. The benchmark 3-month interbank rate has more than doubled in the past eight months to slightly above 1 percent. If the U.S. Federal Reserve raises its target for short-term U.S. rates, investors might demand even greater compensation to hold a falling Singapore currency. Mortgage rates in the city, still ridiculously cheap at below 2 percent, might shoot up.

That could be problematic. The era of global easy money since the onset of the 2008 financial crisis has led to a doubling of outstanding bank loans. The multiyear credit boom has pumped up Singapore’s real estate. After rising 62 percent in four years, home prices have eased 6 percent over the past 18 months – helped by the government’s strenuous attempts to contain the mania. While gently easing prices would allow the property market to rediscover its balance, a collapse could hurt both borrowers and lenders.

Singapore’s war against stalling consumer prices and anaemic global demand would benefit from a cheaper currency. But those gains may not be enough to justify pricking a credit-fuelled property bubble. If air escapes too quickly, the damage could be far greater.

People look at the skyline of the central business district from the Skybridge of The Pinnacles at Duxton public housing estate in Singapore April 25, 2013. Banks in Singapore are urgently scrutinising their account holders as an imminent deadline on stricter tax evasion measures forces them to decide whether to send some of their wealthiest clients packing. The Southeast Asian city-state has grown into the world's fourth-biggest offshore financial centre but, with U.S. and European regulators on the hunt for tax cheats, the government is clamping down to forestall the kind of onslaught from foreign authorities that is now hitting Switzerland's banks. Before July 1, all financial institutions in Singapore must identify accounts they strongly suspect hold proceeds of fraudulent or wilful tax evasion and, where necessary, close them. After that, handling the proceeds of tax crimes will be a criminal offence under changes to the city-state's anti-money laundering law. Picture taken April 25, 2013. REUTERS/Edgar Su

The Monetary Authority of Singapore left its policy of “modest and gradual” appreciation of the local currency unchanged in its semi-annual policy review on April 14. A majority of analysts participating in a Reuters survey had expected the MAS to ease policy for a second time this year.

Singapore’s central bank manages financial conditions by guiding the Singapore dollar’s exchange rate in a band against an undisclosed basket of currencies. In January, the city-state had reduced the slope of its currency band after reducing its forecast of core inflation to between 0.5 percent and 1.5 percent this year.

Singapore’s benchmark 3-month interbank rate has more than doubled in the past eight months. The SIBOR was 1.025 percent on April 10, up from 0.40 percent in August last year. In the same period, the Singapore dollar weakened more than 9 percent against the U.S. currency.

The Singapore dollar turned sharply higher after the central bank decision, rising to as high as 1.3597 against the U.S. dollar. Before the announcement, the Singapore currency had weakened to 1.3746, compared with the previous close of 1.3714.