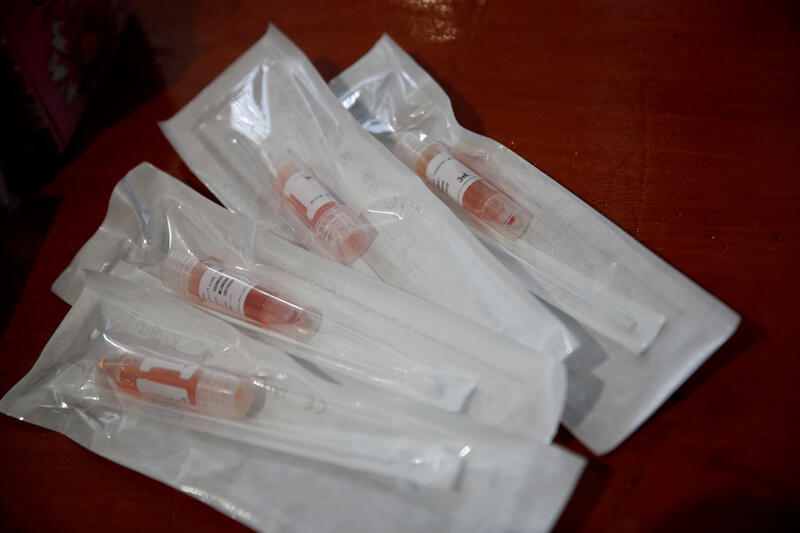 Fortescue’s chairman helped broker a controversial Canberra purchase of 10 mln Covid-19 kits from Chinese genomics giant BGI. It adds to diplomatic tensions over Huawei and the pandemic’s origins. And yet over $150 bln of bilateral trade probably will endure, and maybe even grow.

Nasal swab test kits are pictured at a new medical facility set up for testing migrant workers residing in dormitories for the coronavirus disease (COVID-19), in Singapore May 10, 2020. REUTERS/Edgar Su REFILE - CLARIFYING INFORMATION

Australia’s Trade Minister Simon Birmingham on May 10 raised concern that China is considering tariffs on imports of Australian barley, as part of Beijing’s anti-dumping investigation which began in 2018. China takes more than half of Australia's barley exports, worth up to $1.3 billion annually.

China’s ambassador to Australia on April 27 said Chinese consumers could boycott Australian beef, wine, tourism and universities in response to Prime Minister Scott Morrison’s push for an international inquiry into the source and spread of the Covid-19 pandemic.

Australia's Minderoo Foundation, founded by Fortescue Chairman Andrew Forrest, on April 29 announced a joint initiative with the government to increase the country's Covid-19 testing capability. As part of those efforts, the foundation secured equipment and testing kits, including 10 million tests from Chinese genomics company, BGI.