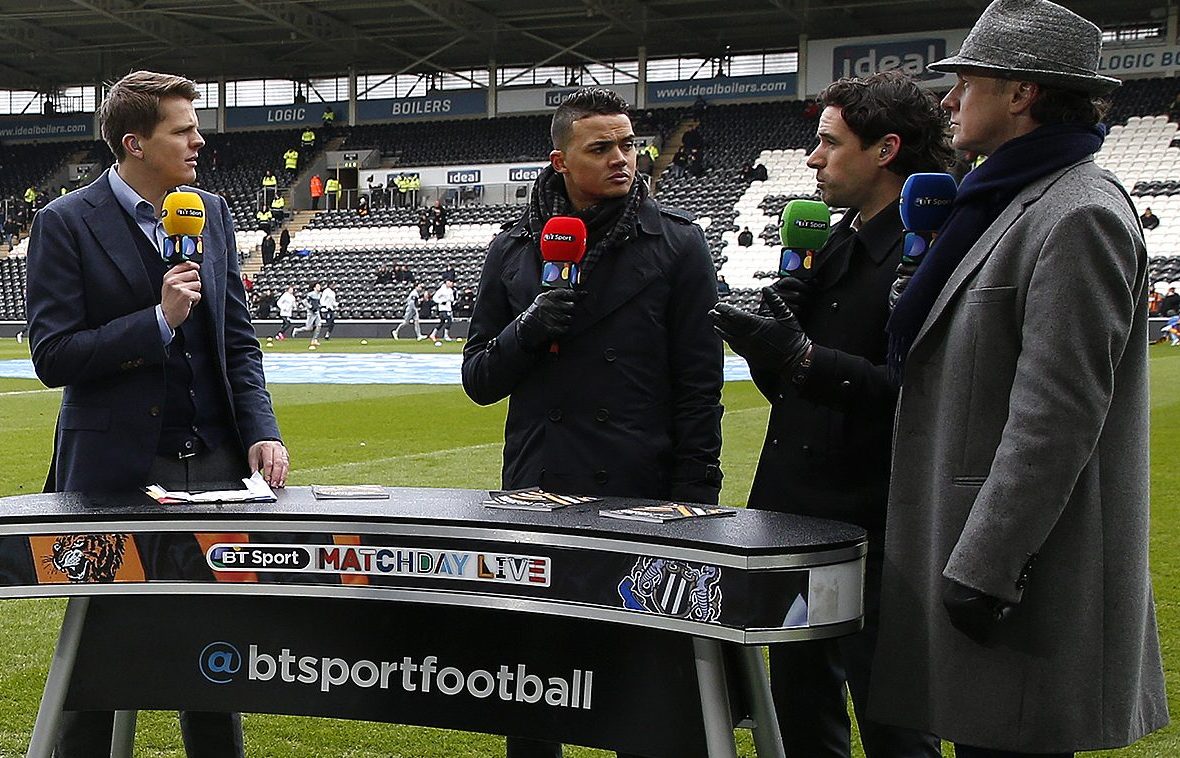 The pay-TV company and telecoms group showed novel restraint in bidding for the right to air English Premier League games. They will pay less per match and a fifth of games are unsold. Soccer clubs facing leaner times can pin their hopes on new bidders and international rights.

BT Sport commentators speak before the English Premier League soccer between Hull City and Newcastle United at the KC Stadium in Hull, northern England January 31, 2015. REUTERS/Andrew Yates (BRITAIN - Tags: SPORT SOCCER MEDIA BUSINESS) NO USE WITH UNAUTHORIZED AUDIO, VIDEO, DATA, FIXTURE LISTS, CLUB/LEAGUE LOGOS OR "LIVE" SERVICES. ONLINE IN-MATCH USE LIMITED TO 45 IMAGES, NO VIDEO EMULATION. NO USE IN BETTING, GAMES OR SINGLE CLUB/LEAGUE/PLAYER PUBLICATIONS. FOR EDITORIAL USE ONLY. NOT FOR SALE FOR MARKETING OR ADVERTISING CAMPAIGNS - LM1EB2117P701

The Premier League said on Feb. 13 that it had awarded five of its seven packages of UK soccer broadcasting rights for the three seasons starting in summer 2019. The body, which represents England and Wales’ top 20 clubs, failed to sell the two remaining packages for their auction reserve prices, the Financial Times reported citing people involved in the auction.

Pay-TV group Sky will pay 1.2 billion pounds per year for rights to show 128 games per season. That is 199 million pounds less than it currently pays, and is equivalent to a decline of 16 percent per game, the company said.