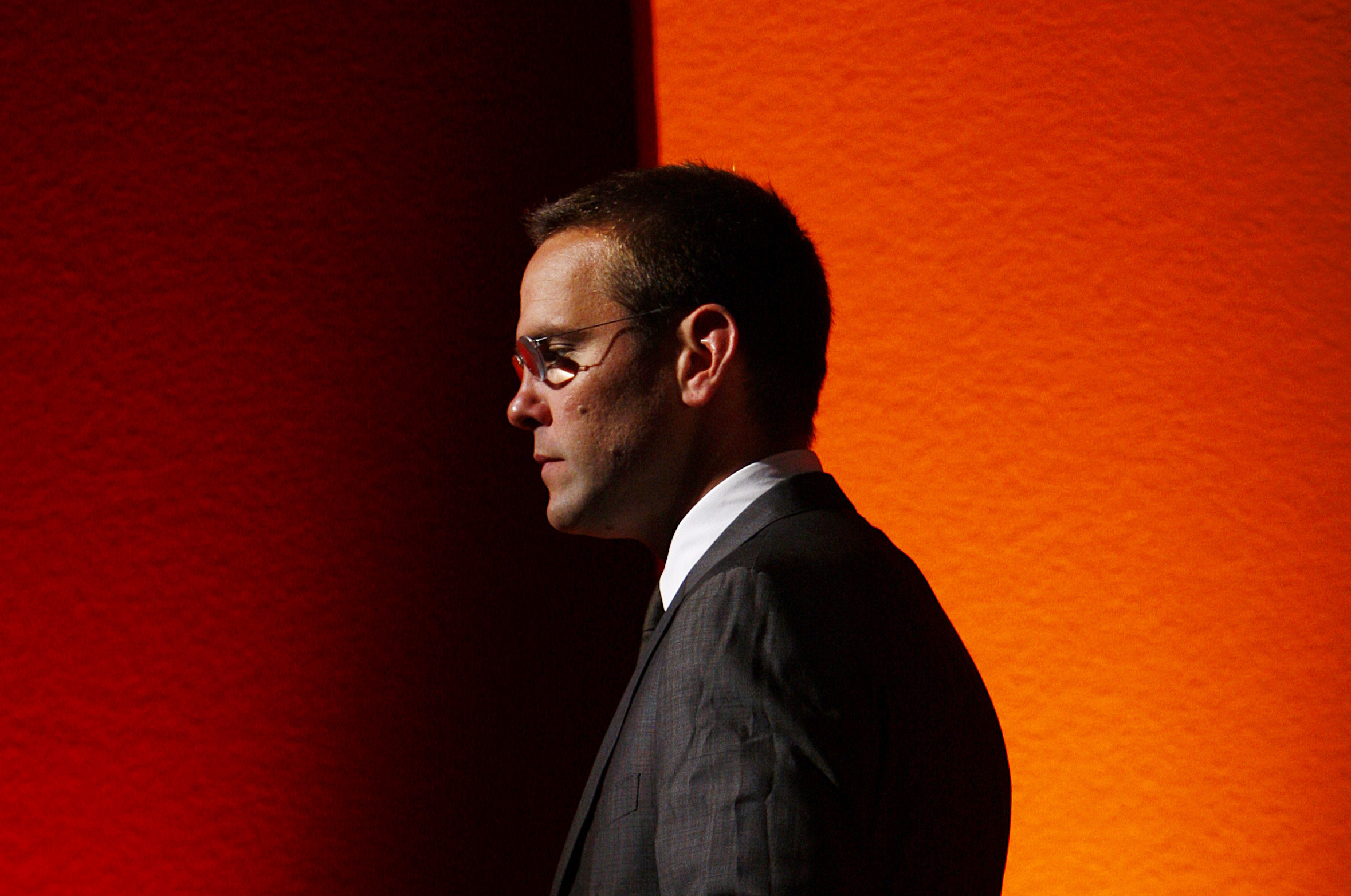 Chairman James Murdoch faces a backlash over concerns about his independence as Twenty-First Century Fox, which he runs, tries to buy the UK pay-TV group. Shareholders have legitimate corporate-governance grievances. But financially they’d be better off with Murdoch’s money.

BSkyB Chairman James Murdoch, who is also head of News Corp in Europe and Asia, walks off stage after a rehearsal for his James MacTaggert Memorial lecture as part of the Media Guardian Edinburgh International TV Festival in Edinburgh, Scotland, August 28, 2009.

Murdoch is also chief executive of Twenty-First Century Fox, which owns 39 percent of Sky and in December 2016 offered to buy the rest for 10.75 pounds per share, or about 11.7 billion pounds.

The bid is being reviewed by the Competition and Markets Authority for its impact on UK media plurality and broadcasting standards.

Sky on Oct. 12 reported 5 percent growth in like-for-like revenue to 3.3 billion pounds in the three months to the end of September.