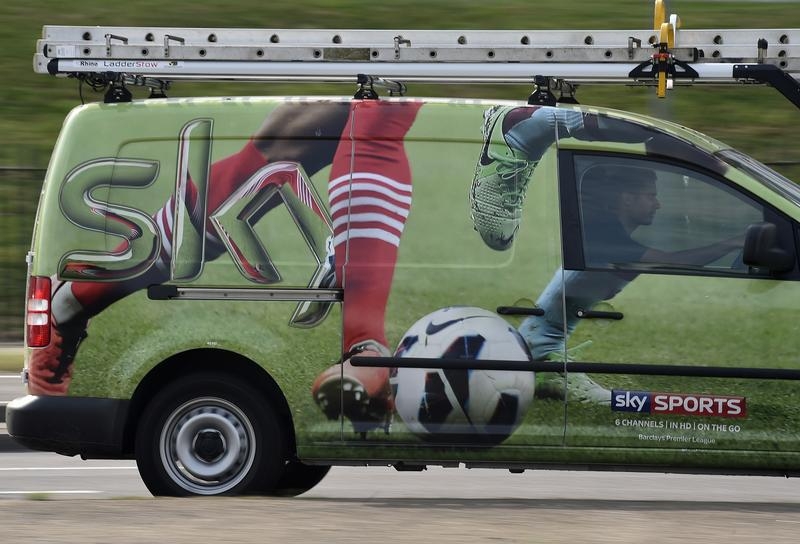 Sky’s insecurity has helped the Premier League net 5.1 billion pounds. With the pay-TV giant afraid to test what would happen if it lost its first place in English soccer, the big winners are the clubs.

What Deloitte dubs the “media rights bubble” continues apace. Sky and runner-up BT are paying 1.7 billion pounds ($2.6 billion) a season from 2016 to 2019 to show top-flight clubs playing each other. It works out to 1.7 million pounds per goal, based on last year’s tally.

The total is not quite up there with the annual $6 billion the U.S. National Football League is in line to get from domestic rights. And with non-American football you of course get more artistry, less brain damage and fewer shoulder pads. But still, there are only one-fifth of the potential viewers in Britain.

Sky is paying almost 4.2 billion pounds, an 83 percent increase from its previous contract, for three-quarters of the games, including 26 coveted “first picks”. It retains the maximum any single bidder could get. Telecoms upstart BT, which sensationally snatched the pan-European Champions League, gets the rest for nearly 1 billion pounds.

The victor overshot expectations by 330 million pounds a year. Still, the sums could add up. Sky can save 200 million pounds by moving more services online, Citigroup says, and make up the difference by raising prices. With roughly 5 million sports subscribers, that’s about 2 pounds a month, which seems manageable: Sky Sports costs 46 pounds before discounts.

Three talking points for the post-match analysis. First, as catch-up services and cat videos crowd in on other forms of traditional television, sport stands apart. Subscribers will pay up to watch live.

Second, today’s Sky relies far less on football than it once did. But even though a regulator was breathing down BT’s neck threatening to include sports spending in how it assesses the company’s overall pricing, Sky didn’t dare risk ceding its soccer dominance. The resultant indiscipline may nark some investors.

Third, champagne corks will pop at every ground from top-ranked Chelsea to twentieth-placed Leicester City. Deloitte reckons bumper broadcasting rights already mean all 20 premier league sides rank in the world’s top 40 by revenue. Their financial heft, and on-pitch advantage, over teams from less lucrative leagues will only increase.