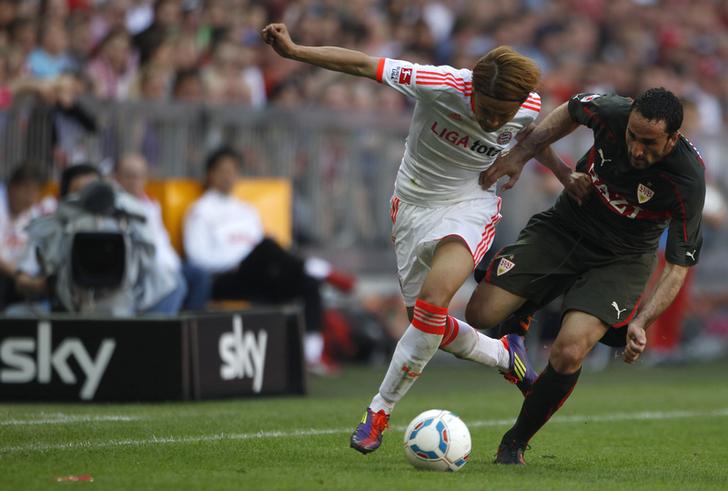 The pay-TV group’s first results since it bought European sister outfits were strong, with pro-forma operating profit up 16 pct at 675 mln stg. Now a 4 bln stg soccer rights battle with BT looms. But that might be easier than feared – especially after referee Ofcom intervened.

Sky Plc beat analysts’ forecasts with a 16 percent rise in operating profit to 675 million pounds for the six months to Dec. 31. Revenue was 5.6 billion pounds, a 5 percent increase on the same period a year earlier.

The results, released on Feb. 4, were the first since the former British Sky Broadcasting bought sister companies in Italy and Germany. The adjusted figures were reported as if Sky had owned all three businesses for the entire six-month period. Sky shares stood 1.8 percent higher by 1400 GMT at 960.125 pence.

First-round bids for UK rights to show Premier League soccer are due on Feb. 6, British newspapers have reported. The live rights cover the three seasons starting 2016-2017, and cover 168 games, split into seven packages. The surprise emergence of BT, Britain’s dominant fixed-line telecom operator, in the previous auction sparked a 70 percent increase in the total proceeds, to 3.02 billion pounds. Sky paid 2.28 billion pounds for five of the seven packages.