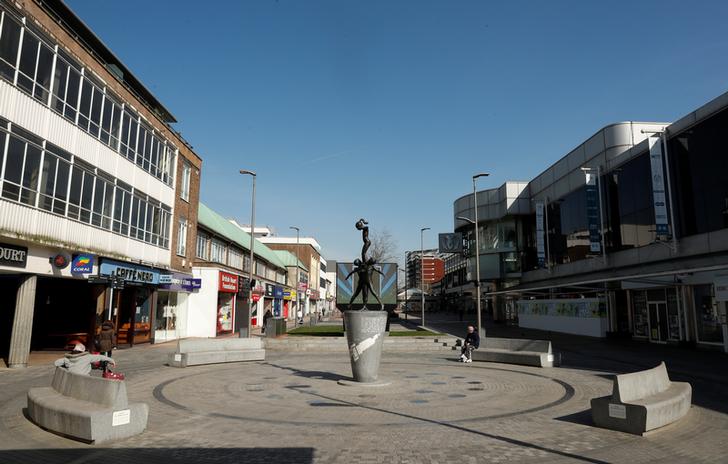 UK and French rescue loans are only partly state guaranteed, which means SMEs have to go through slow bank credit checks. Switzerland’s 100% state guarantee is more likely to stop small firms going bust. But with most debt-averse, grants may be what’s really needed.

A general view of an empty high street in Hemel Hempstead as the spread of coronavirus disease (COVID-19) continues, Britain March 24, 2020.

Britain's government should consider fully guaranteeing small emergency loans to businesses to speed up processing, rather than requiring banks to take on some of the risk, Britain's banking industry trade body told lawmakers on April 15.

Stephen Jones, chief executive of UK Finance, told parliament's Treasury Select Committee that checking the ability of companies to repay a loan takes time compared with the system in countries such as Germany and Switzerland, where similar loans are 100% state backed. Britain’s scheme requires banks to take on 20% of the risk.

UK banks have lent over 1.1 billion pounds to small- and medium-sized businesses so far through the Coronavirus Business Interruption Loan Scheme, UK Finance said on April 15.