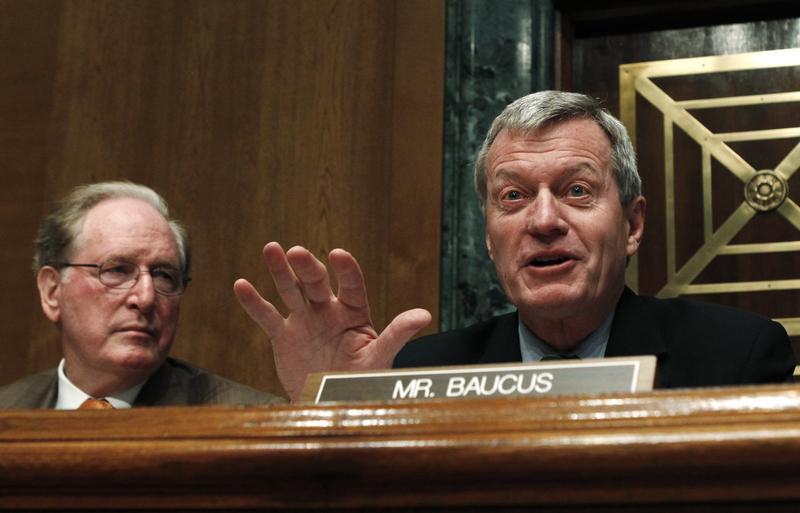 Uncle Sam’s new man in China arrives just as his employer seems to have lost interest in its biggest trade creditor. Max Baucus, who starts as ambassador to Beijing this month, has little experience of China and even less of diplomacy. Yet used wisely by his bosses, Baucus may be well placed to prize open new trade agreements that would leave both sides better off.

China know-how inside the White House has waned even as the U.S. trade deficit with the Middle Kingdom has hit record levels. Kurt Campbell, the former Asia-tilted assistant secretary of state, and Tim Geithner, the Mandarin-speaking ex-Treasury secretary, left as President Barack Obama started his second term. Other key seats sit empty for now, like the Treasury’s diplomatically crucial international affairs post.

At first glance, Baucus continues the theme. Despite having traveled to China numerous times he admits his knowledge of the place is scant. It’s hard to see what he brings to the nuances of China’s bitter territorial disputes with its neighbors. If anything, his appointment looks like an attempt by Obama to retain a key Democratic seat in the Senate to protect his bigger domestic project, the Affordable Care Act. Montana’s Democratic governor can appoint a replacement to serve in the Senate until Baucus’ term expires in January 2015.

But there is a way Baucus could outstrip low expectations. Unusually, his confirmation was unanimously approved in the Senate. That suggests a powerful link to top U.S. legislators that his predecessors lacked. Such support could make him an advocate for new trade accords.

On that front, the best thing the United States could do is push through the Trans-Pacific Partnership, a trading club that encompasses countries from Vietnam to Peru and Australia to Canada. China isn’t invited, but Baucus could convince his hosts that if still-undelivered economic reforms take place, the People’s Republic could be top of the waiting list.

Like joining the World Trade Organization in 2001, access to the TPP would expand China’s trade, but also tie it into more profound reforms – something political modernizers might appreciate. It could also help the United States to regain some stature as a global shepherd of free trade and increase its own outbound trade in the process. That would leave Baucus looking like the smartest U.S. export in a long while.

Max Baucus, the new U.S. ambassador to China, is due to take up his post in Beijing within days. He was sworn in by Vice President Joseph Biden on Feb. 21.

Baucus, the 72-year-old former Democratic senator from Montana, replaces Gary Locke, the previous ambassador, who served for two and a half years.

Senate Finance Committee Chairman Max Baucus speaks during a hearing on oil and gas tax incentives and rising energy prices, on Capitol Hill in Washington May 12, 2011.

Max Baucus, the new U.S. ambassador to China, is due to take up his post in Beijing within days. He was sworn in by Vice President Joseph Biden on Feb. 21.

Baucus, the 72-year-old former Democratic senator from Montana, replaces Gary Locke, the previous ambassador, who served for two and a half years.