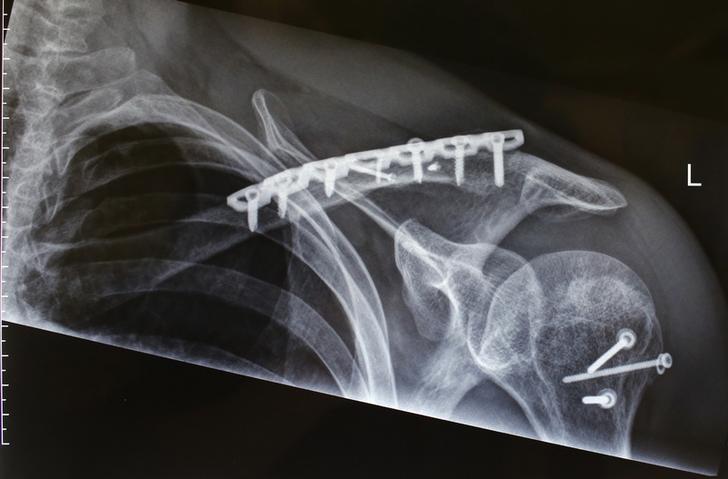 Smith & Nephew is back in the M&A spotlight. The $14 billion British medical technology firm’s shares jumped on a report of bid interest from Stryker, only for the U.S. rival to rule out bidding for six months. It looks like Stryker, whose disclosure follows Britain’s strict takeover rules, has been caught out by an early leak. But there would be logic to a deal – and the market signalled tentative approval. S&N needs to be ready for more.

Bid talk has swirled around S&N for years. But the impetus for a deal is only increasing. Medical device makers are under pressure from governments and healthcare payers to lower prices, particularly in the United States. A tie-up could allow Stryker to cut costs, mitigating the price pressure.

The second reason is Zimmer’s $13.5 billion purchase of Biomet, another rival. This all-U.S. deal creates an orthopedics heavyweight with 35 percent global market share, according to Investec. That leaves Stryker third behind Johnson & Johnson, and Smith & Nephew in a distant fourth place. Some hospitals might focus on dealing with the biggest players.

Tax could be another spur. U.S. companies are hungry to buy overseas rivals and so shift to a lower-tax jurisdiction. Even better, they can pay using cash “trapped” offshore, which would incur high charges if brought back home. This was part of the logic behind Pfizer’s abortive bid for AstraZeneca. But since Stryker’s effective tax rate was just 17 percent last year, the benefits here may be lower.

Zimmer paid an enterprise value of 4.2 times 2013 revenue and 12.4 times EBITDA for Biomet. Subtract debt, and the same multiples would imply a value of $16 billion to $18.2 billion for Smith & Nephew’s shares – roughly an 11 percent to 25 percent premium.

S&N shares closed 4 percent higher, even after Stryker’s statement. Similarly, Stryker’s rose 3 percent. That suggests the market is warm to an eventual deal. S&N shareholders might also be hoping that Johnson & Johnson, a previous reported suitor, could be enticed into a bidding war. Either way, S&N’s board needs up-to-date defences to make sure any deal represents full value.

An X-ray is displayed on a light box in an operating theatre, as surgeons perform an operation on the collar bone of a patient at a hospital.

Stryker said on May 28 it did not intend to make a bid for UK medical devices maker Smith & Nephew. The statement, at the request of Britain’s Takeover Panel, came after the Financial Times said Stryker had hired banks and was working on arranging financing for a possible bid.

Stryker said it reserved the right to make an offer if a rival approach emerged in the following six months. Shares in Smith & Nephew closed up 4.25 percent at 1,063.09 pence. They had earlier risen as much as 17.5 percent to a record high of 1,120 pence.