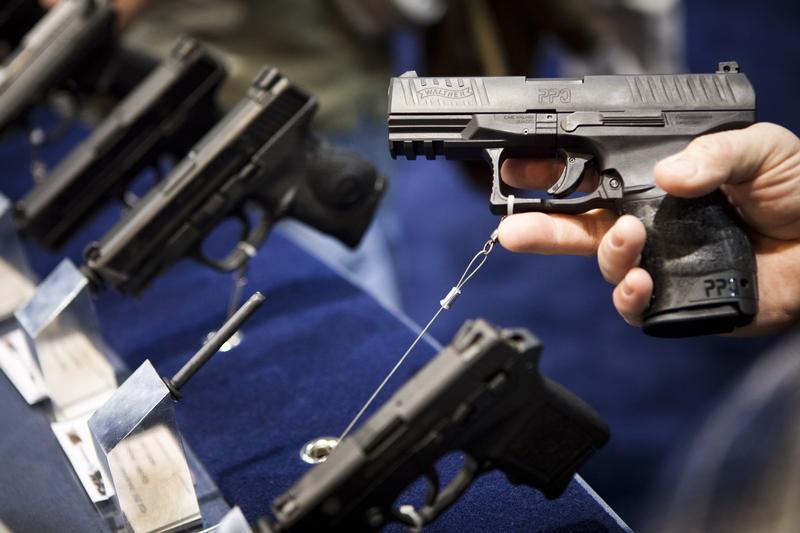 Smith & Wesson may have rung a bell for the top of the gun market. The iconic weapons maker wants to go on a buying spree for sporting-goods businesses. That reflects industry concerns that years of bumper sales stoked by worries of more gun control are coming to an end. On past evidence, though, such diversification may not offer much relief.

The company’s shares have risen more than fivefold since 2011 to over $20. That’s because the purveyor of Bodyguard and Victory handguns rode a wave of demand that has yet to abate. About 1.6 million guns were sold in December, according to a New York Times analysis of federal background checks. Compare that to the monthly record of 2 million sales set following the shooting of 20 children at Sandy Hook in 2012.

Smith & Wesson doesn’t expect the trend will end immediately, forecasting that earnings per share in the year to March will be more than a third higher than the previous year. This year’s presidential race is likely to be used to propagate more fears that the feds may try to limit gun sales.

Yet the percentage of American homes owning firearms is shrinking. About 29 percent now own a rifle or handgun, according to a study last year by epidemiologists at Columbia University. That compares to about 50 percent in the 1970s. The number of weapons sold, though, has risen. That means fewer people own more guns, implying nearly everybody who wants a gun now has one – or several. That suggests demand for new firearms is likely to be tepid in the future.

Moreover, politically inspired booms have collapsed in the past. When President Barack Obama first ran as a candidate for office, gun and ammunition sales spiked – and Smith & Wesson shares hit $20 each. When his administration didn’t pass restrictive laws, the shares collapsed to less than $3 within a couple of years.

Smith & Wesson tried expanding its offering then, too. The company paid more than $70 million for a security-fence company five months after Obama’s inauguration. In 2012, it sold the unit for a fraction of what it paid. Perhaps sporting goods is a better fit. But that’s small consolation if the gun boom is running out.

Smith & Wesson on Jan. 19 told investors that it would seek to diversify away from guns by acquiring outdoor sporting products. In a presentation executives said that it may take several years to find suitable targets, but that any divisions would be counter-cyclical and counter-seasonal to the company’s guns and ammunition business.

Smith & Wesson on Jan. 19 told investors that it would seek to diversify away from guns by acquiring outdoor sporting products. In a presentation executives said that it may take several years to find suitable targets, but that any divisions would be counter-cyclical and counter-seasonal to the company’s guns and ammunition business.