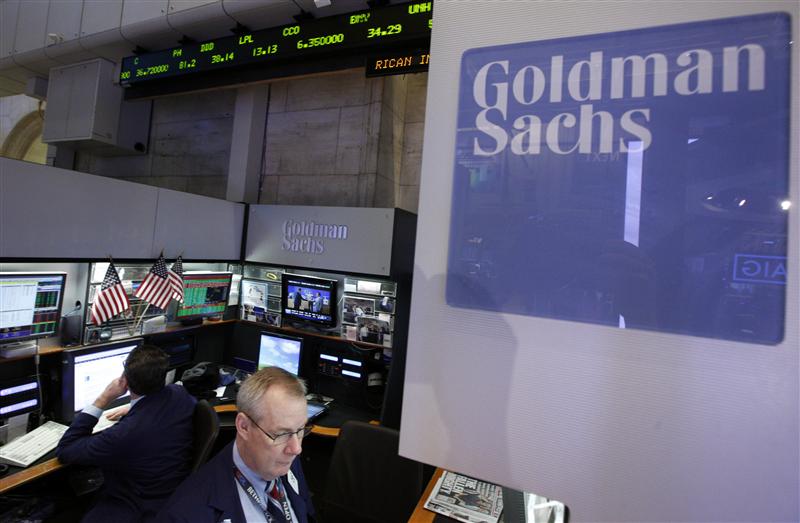 Golden handcuffs. Junior bankers at Goldman Sachs griped in February about miserable working conditions. Yet the Wall Street firm may, according to the Financial Times, resist pressure to copy rivals JPMorgan and Citigroup, which have raised base pay for early-career staff. That would be brave in more ways than one.

Juniors’ fixed pay is around $85,000 a year, and a red-hot deals market will plump up their bonuses. Still, employees naturally want higher fixed pay while employers prefer variable compensation. Whichever camp has more bargaining power should win. In theory, that’s Goldman boss David Solomon. Prestige and bonuses matter and Goldman has this year advised on deals worth 15% more than closest rival JPMorgan, according to Refinitiv. Also, finding a new gig takes time, if there even is one on offer.

Nevertheless, Solomon will probably keep up with the pack when pay is announced in August. After all, the “market rate” argument is also used to justify the $20-million-plus packages that he and his peers receive. It might be incoherent to discard that questionable logic. (By John Foley)

American buy. Online retailer ASOS is taking a contrarian route to keep growing. U.S. department store operator Nordstrom has bought a minority interest in the 5 billion pound fashion group’s Topshop, Topman, Miss Selfridge and HIIT brands. In return, ASOS will set up a click and collect service at Nordstrom’s 350 stores and sell those brands in some of them.

It looks like a relatively low-risk way for the 5 billion pound online group to expand stateside. Nordstrom offers a direct route to many American shoppers. And ASOS picked up the brands in question from the wreckage of Philip Green’s Arcadia empire for just 265 million pounds, making them a cheap guinea pig. Yet the choice of a brick and mortar retailer as a partner highlights the fierce competition in online fashion from firms like Zalando and Boohoo. ASOS trades at 29 times forward earnings, almost five times as rich a multiple as Nordstrom. Its unconventional choice of partner raises questions about its ability to continue such runaway growth. (By Dasha Afanasieva)

Chemical attraction. Thailand’s PTT Global Chemical is shelling out a premium to muscle into the sustainable industrial coatings market. The $7 billion company, 45% owned by Bangkok-based energy major PTT is paying Advent International 4 billion euros for control of the private equity giant’s allnex resins outfit. At more than 12 times last year’s EBITDA, it’s on the pricey side relative to similar deals.

The German company’s expertise in making environmentally friendly coatings fits well with PTT Global Chemical’s desire to reduce its reliance on petroleum by-products. From its Bangkok base, PTT also has better access to fast-growing Asian markets. And a $2.3 billion loan from its parent means shareholders won’t have to cough up directly. That’s a blessing given the chunky price, which knocked 6% off PTT Global Chemical’s shares. German chemicals specialist Covestro paid 12 times trailing EBITDA for DSM’s resins business last year but Jefferies analysts reckon it will be able to extract more cost savings. (By Ed Cropley)

Faint pulse. Britain’s 6.4 billion pound Smiths Group has been a breakup candidate for the best part of a decade. It has four industrial divisions, which make everything from airport scanners to seals for oil pipelines, and a medical device business specialising in ventilators, syringes and needles. The company rebuffed a 2.45 billion pound offer for that unit from buyout group Apax in 2011, only to announce plans for a spinoff in 2018, which it then paused during the Covid-19 pandemic.

The saga may finally end under new Chief Executive Paul Keel, who according to the Mail on Sunday is in advanced talks with U.S. private equity group TA Associates about a 2 billion pound bid for the medical division. That’s below the 2.1 billion pounds JPMorgan analysts think it’s worth. Investors’ bigger gripe will be the slow progress: Smiths’s shares have trailed the Refinitiv Global Industrials Index by 20 percentage points since it announced the separation plans in 2018. The company’s glacial breakup is heading for a lacklustre conclusion. (By Liam Proud)

Sacrebleu. When Atos identified potential accounting misstatements at two U.S. units back in April, investors took some comfort from the French IT group maintaining bullish annual targets. No longer. Shares in the 5 billion euro company plunged 15% on Monday morning after Chief Executive Elie Girard slashed projections for operating profit margins and revenue growth while revising this year’s free cash flow target of up to 600 million euros down to merely “positive”.

Atos blamed a decline in its legacy data server business as clients shift to cloud computing. The latter brings in roughly half of the French company’s sales and Girard wants to raise the proportion to 65% with the help of acquisitions. The trouble is that Atos’s debased shares are an unattractive currency: after deducting net cash, the company is now valued at just 3 times previous forecasts for 2022 EBITDA. Despite Atos’s troubles, rivals like Capgemini or even Dassault Systèmes might even be interested. (By Christopher Thompson)

Health test.  Wesfarmers has made a surprise pounce for a chain of pharmacy and beauty stores. At A$687 million ($514 million), the unsolicited offer for Australian Pharmaceuticals Industries equates to barely 1% of the retail, chemicals and energy conglomerate’s market value. But it’s a handy way for Chief Executive Rob Scott to take the M&A temperature of his shareholders.

He has spent much of his four years in charge of Wesfarmers reducing sprawl by spinning off the Coles supermarket chain, selling a coal mine and overhauling brands like Target and Kmart (neither are related to the U.S. outlets). The company’s enterprise now trades at 14 times forward EBITDA, up from just 9 times three years ago. Debt is lower and the company’s balance sheet is net cash.

A smart injection of new earnings might be welcome, so long as Scott doesn’t end up returning to the bad old days by giving them acquisition migraines. (By Antony Currie)