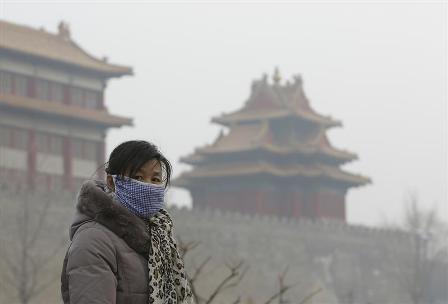 China’s smog is visible, and vexes the urban rich. But attempts to fix the looming “airpocalypse” may be exacerbating another acute risk: water. If the country’s planners really want to make growth sustainable, they will need to pull the plug on cheap supply for thirsty energy companies and consumers.

Big air polluters like the coal industry are under pressure. New targets could reduce coal’s role to less than 65 percent of the energy mix by 2017, though consumption will still rise in absolute terms. The government is trying to move coal-burning steel and power plants away from wealthy cities. Choked industrial hubs in Hebei, the province that encircles Beijing, have received special attention. Mining is also a target, with dirty, high-sulphur coal discouraged in favour of cleaner varieties in remote Xinjiang and Inner Mongolia.

The trouble is that China is a dry country. Coal facilities, including new plants, are often located in its parched northern provinces. And coal is thirsty: it must be washed before use, while turning it into electricity commonly relies on steam. One solution to urban air pollution, converting coal into “synthetic natural gas” and piping it into cities to be burned, uses 12 times as much water as regular coal power, according to the World Resources Institute.

While smog is public enemy number one, the prospect of running short of water may seem a more distant threat. True, new policies force coal plants to submit water use plans, and the Ministry of Water Resources has hinted that price hikes and tougher punishments for overuse may follow. But responsibility is fragmented. The ministry watches for usage, but pollution and urban waste-water treatment sit under separate watchdogs.

The root problem is that environmental sustainability is not valued as an end in itself. The powers that be often seem more concerned with sustaining their rule, or sustaining the supply of cheap energy. In the long term, all three are linked. But until shortages pose a more direct threat to the party’s authority, or the economics of cheap coal tilt the other way, water is likely to place low on the agenda.

A visitor wearing a mask walks outside the Forbidden City on a heavy haze day in central Beijing January 13, 2013

China said in September that it would cut the share of coal in its primary energy mix to “less than 65 percent” by 2017, down from 66.8 percent in 2012, but consumption will still rise in absolute terms. The country approved the construction of more than 100 million tonnes of new coal production capacity in 2013, and the government’s 2011-2015 energy plan put coal production capacity at 4.1 billion tonnes by 2015, Reuters reported on Jan. 8.

Around 83 percent of China’s coal lies in water scarce and water stressed regions, and more than 50 percent of industrial water is used in coal and coal-related industries, according to China Water Risks.

The Ministry of Water Resources (MWR) announced a “Water for Coal Plan” in December 2013, part of a scheme to set provincial water quotas in line with national targets. The plan calls for stricter limits on and more efficient use of water resources for coal mines and plants.