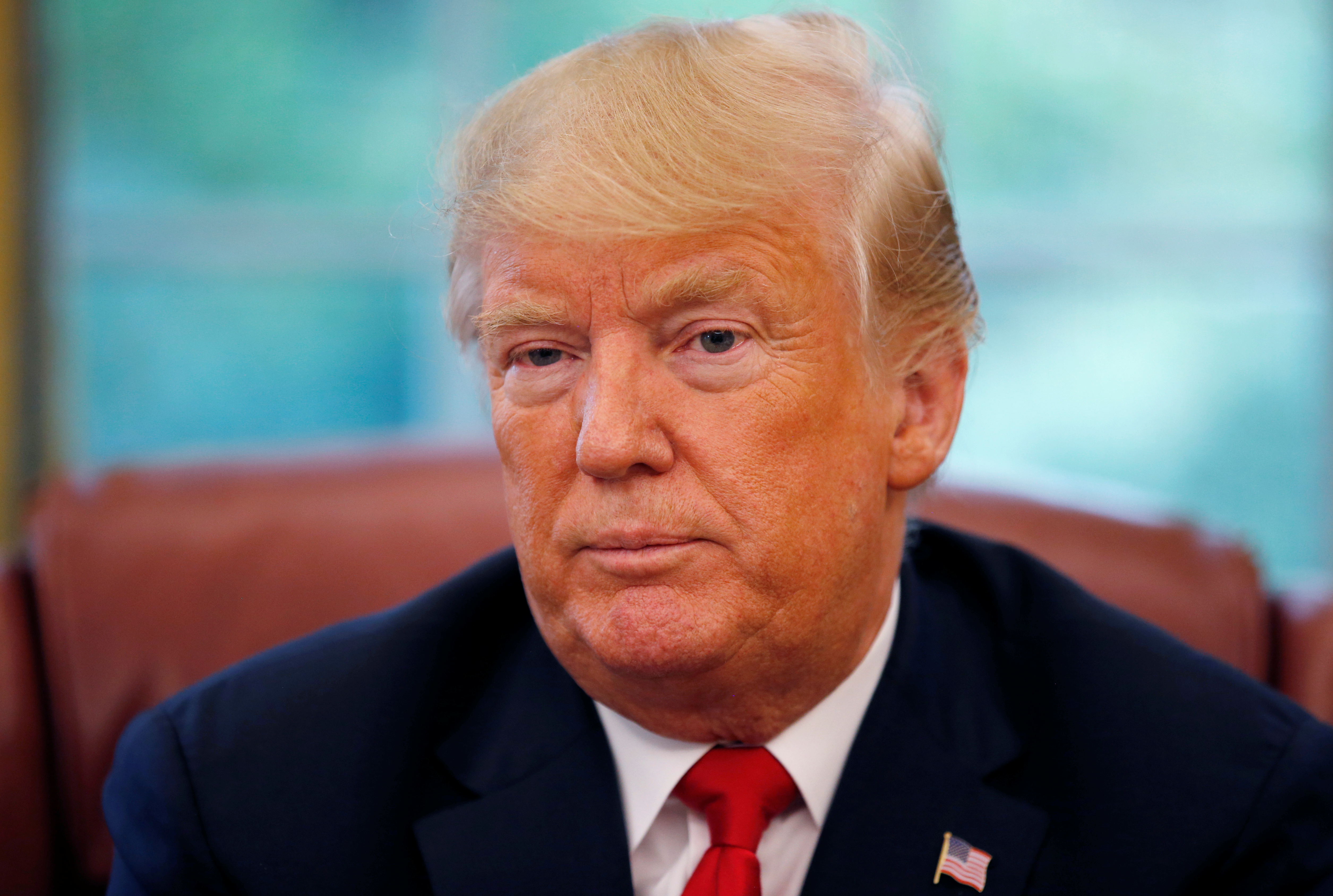 The U.S. president renewed his auto-tariff threat after a former campaign chief was convicted of tax fraud and his ex-lawyer implicated him in election-finance abuses. Duties on $500 bln in Chinese imports also loom. Yet investors aren’t pricing in the potential economic damage.

U.S. President Donald Trump listens to a question during an interview with Reuters in the Oval Office of the White House in Washington, U.S. August 20, 2018.

Separately in New York on Aug. 21, Trump’s former personal lawyer, Michael Cohen, pleaded guilty to charges of tax evasion, making false statements to a federally insured bank, and campaign-finance violations. During court proceedings, Cohen said ahead of the 2016 presidential election, he was directed by “a candidate” to arrange payments to silence two women who said they had affairs with Trump, which broke campaign-finance laws.

In an evening speech in West Virginia on Aug. 21, Trump didn’t mention the cases. He did say that the U.S. government would impose “a 25 percent tax on every car that comes into the United States from the European Union.”