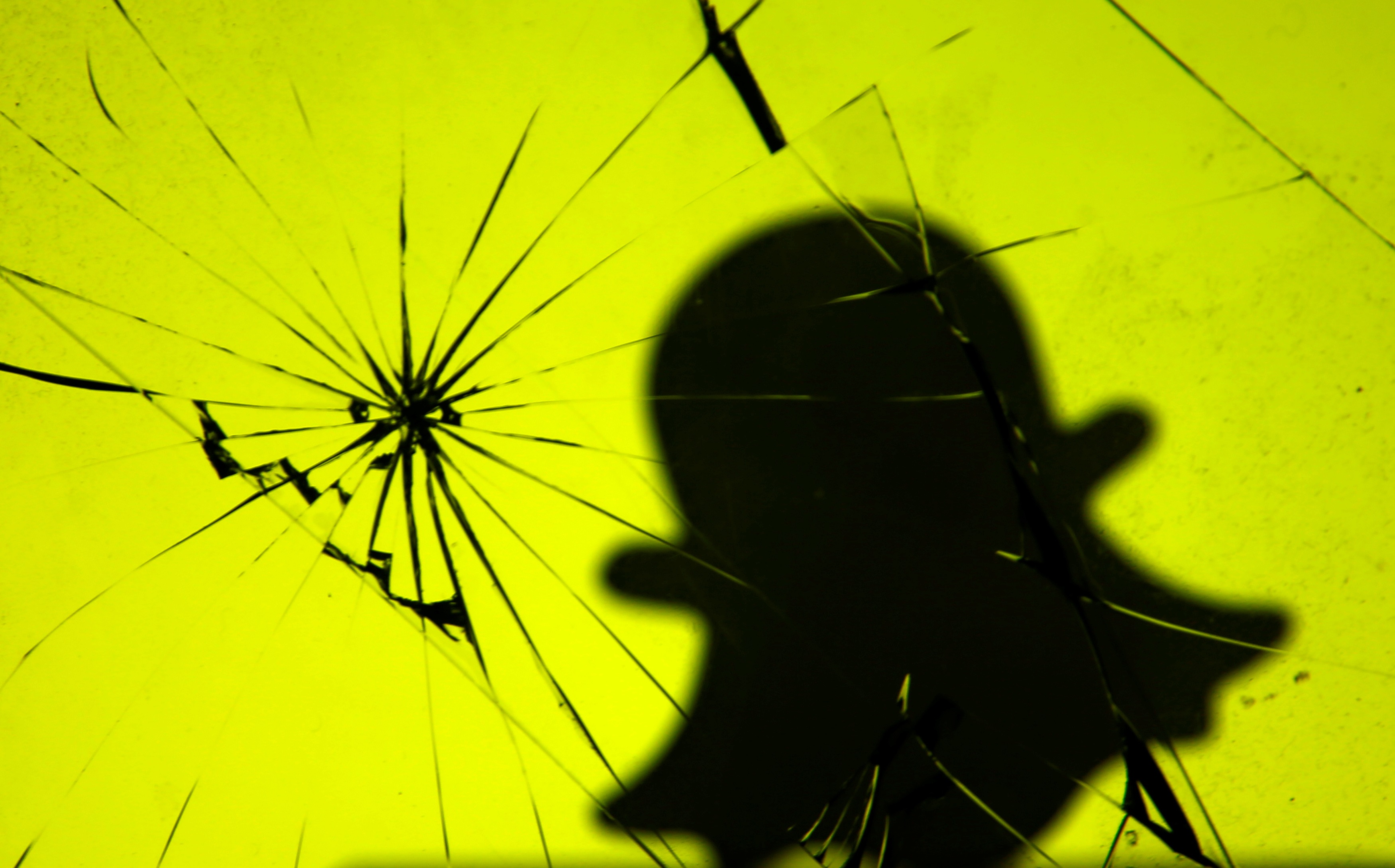 The vanishing-message app’s parent missed third-quarter estimates, more than tripled the red ink, took a charge on a flailing product and disappointed on user growth. With bigger rivals dominating the ad market, Snap and its toothless shareholders have little up their sleeves.

A 3D printed Snapchat logo is seen through broken glass in this illustration taken November 7, 2017.

Snap’s daily active users grew to 178 million in the third quarter, compared to analyst projections of 182 million. The company also reported a charge of $39.9 million charge related to inventory of its Spectacles product - sunglasses with a video camera costing $129.99 a pair.