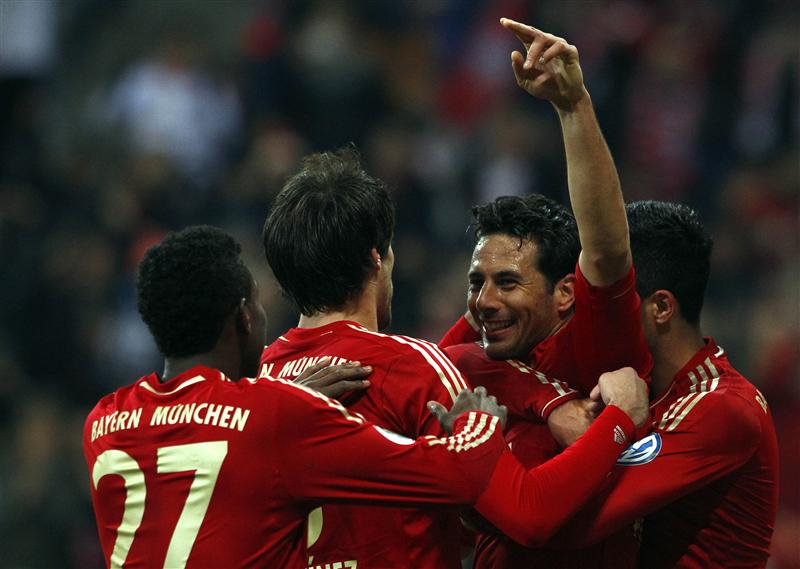 In 2000, Germany was the sick man of Europe. Not only was the economy stumbling, but the national football team was knocked out of the European Championship without winning a single game. That failure was reflected in UEFA’s Champions League, a grouping of leading European sides. From 2002 to 2009, no German club made it past the quarter-finals.

Fortunes have changed. Not only has Germany regained a reputation for economic uber-efficiency, but the German national team has reached at least the semi-final in every international tournament since 2006. And the Champions League’s final on Saturday will be the first ever all-German match: Bayern Munich against Borussia Dortmund.

The sport resurgence and the economic renaissance have a lot in common.

Start with the social market economy. When it works, this heavily trammelled capitalism – fair competition and long-term thinking mixed with social responsibility – can lead to very strong results. Fans have majority control of all German football clubs, so glamour-seeking oligarchs and sheiks are kept out. TV revenue is distributed relatively evenly and debts are limited. Solidarity rules. Bayern Munich secretly lent money to Borussia Dortmund in 2005, when the latter side faced bankruptcy.

Restrained competition has its downsides. At the end of the 1990s, both the German economy and its soccer league were all too willing to tolerate underperformance, and to lose competitiveness against foreign rivals.

The dual turnarounds highlight another national strength: a remarkable ability to respond to shocks and fix problems. Germany’s structural reforms, which kicked off in 2003, are today seen as a role model for ailing economies. The soccer reforms were launched three years earlier. Fearing humiliation in the 2006 World Cup, to be held in Germany, the Football Association completely reformed the youth system.

Each club in the top three leagues now has to have a youth academy. In addition, the Football Association runs more than 300 “youth bases”, scouting for talented footballers as young as 11 years old. The result is a steady supply of world-class young players. Some of them will be on display on Saturday night.

On May 25, the UEFA’s Champions League soccer final will kick off in London’s Wembley stadium. For the first time since the launch of the competition in 1955, two teams from Germany will face each other: Bayern Munich, the German record title holder and Borussia Dortmund, who won the German league in 2011 and 2012.

On May 25, the UEFA’s Champions League soccer final will kick off in London’s Wembley stadium. For the first time since the launch of the competition in 1955, two teams from Germany will face each other: Bayern Munich, the German record title holder and Borussia Dortmund, who won the German league in 2011 and 2012.