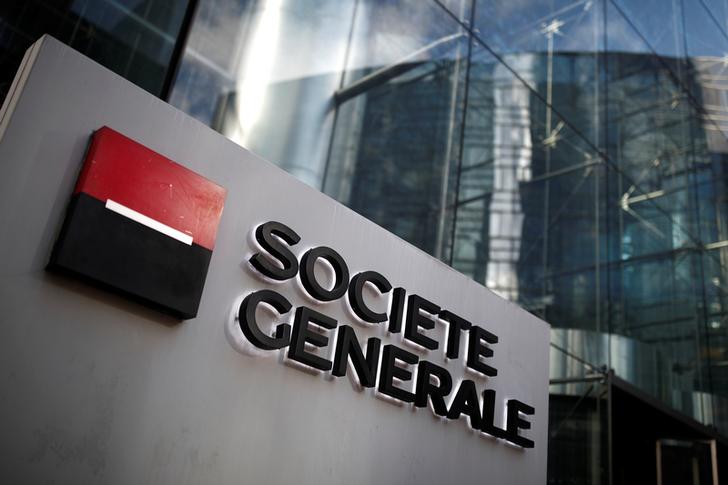 The logo of Societe Generale is seen on the headquarters at the financial and business district of La Defense near Paris, France, February 4, 2020.

French bank Société Générale on Aug. 3 reported an operating loss of 171 million euros for the first half of 2020, mostly due to bad-debt provisions which more than tripled year-on-year to 2.1 billion euros.

The lender’s investment bank reported an operating loss of 801 million euros as losses in equity derivatives more than offset buoyant fixed-income trading. Chief Executive Frederic Oudea announced a further restructuring of the division to save 450 million euros by 2022-23.

Oudea said the bank targeted underlying operating expenses of 16.5 billion euros this year and annual credit provisions “at the low end” of a range between 70 basis points and 100 basis points of outstanding lending.