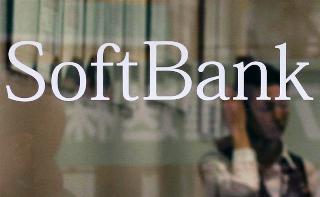 SoftBank’s acquisition strategy is nothing if not animated, but it’s not always easy to see a clear plot. The Japanese conglomerate’s next move could be a bid for DreamWorks Animation worth $3.4 billion, according to The Hollywood Reporter. SoftBank’s giant balance sheet could easily absorb the hit and miss earnings of film production. Yet with each big buy, it becomes less clear how the group’s parts fit together.

Compared with abortive plans earlier this year to bid for U.S. mobile carrier T-Mobile, a tilt at the studio that created titles like “Shrek” and “Madagascar” looks tiny. But it adds to a series of modestly sized deals in content, including its recent consolidation of the world’s top two mobile games companies, Supercell and GungHo Online Entertainment. Talks for Vivendi’s Universal Music were mooted last year but came to naught.

DreamWorks Animation’s biggest challenge as a listed company has been lumpy earnings, thanks to a hit-and-miss pipeline of films. While “Shrek” wowed, last year’s “Turbo” was a flop. That’s where SoftBank’s sheer size could be an advantage. The reported price tag implies a premium of around one-fifth to the animation house’s current enterprise value, using a broad interpretation of debt. Yet based on Eikon forecasts for the current financial year, DreamWorks Animation’s net loss would be less than 0.1 percent of SoftBank’s earnings.

SoftBank boss Masayoshi Son is a proven dealmaker – he arranged a $20 million investment in Chinese e-commerce group Alibaba that is now worth $71 billion. That suggests investors would be willing to give him the benefit of the doubt. That’s a good job: fellow Japanese tech giant Sony took a multi-billion writedown on its 1989 purchase of Columbia Pictures.

Explaining the storyline to investors still needs thought. SoftBank is relatively highly geared for a Japanese company at 3.1 times net debt to EBITDA, based on annualised earnings for the first quarter. And it already has a collection of more than 1,300 stakes in companies varying from video streaming platforms to U.S mobile carrier Sprint. Alibaba proved a good bet, but at some point Son will have to more clearly explain his vision for what distinguishes a smash hit from a rotten tomato.

The talks were first reported by The Hollywood Reporter, which quoted an unidentified source saying the buyout would be valued at $3.4 billion.

In August, the conglomerate dropped plans to bid for U.S. mobile carrier T-Mobile after regulators expressed concerns about further consolidation in the industry.

Chairman and Chief Executive Masayoshi Son owned 19.26 percent of SoftBank as of March 31, 2014.

The talks were first reported by The Hollywood Reporter, which quoted an unidentified source saying the buyout would be valued at $3.4 billion.

In August, the conglomerate dropped plans to bid for U.S. mobile carrier T-Mobile after regulators expressed concerns about further consolidation in the industry.

Chairman and Chief Executive Masayoshi Son owned 19.26 percent of SoftBank as of March 31, 2014.