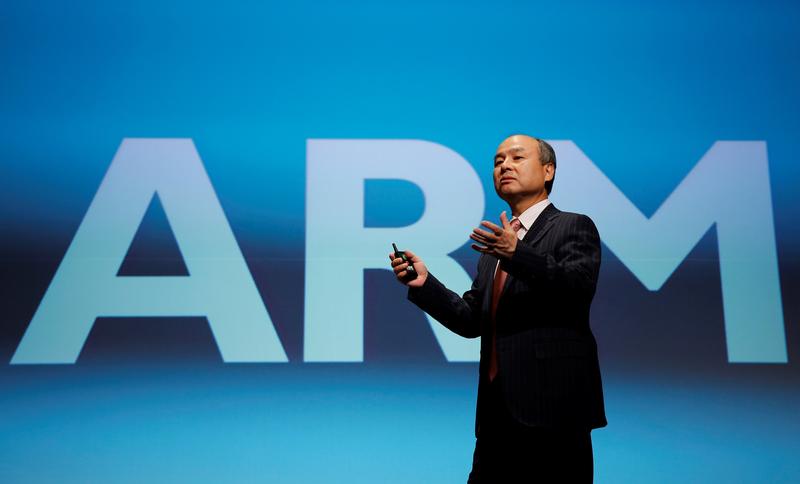 The Japanese giant may inject an $8 bln stake in chip designer ARM into the tech fund, at the behest of the latter. Other recent buys will also be offered. That would help SoftBank pare debt. But the benefits of Vision are tainted by a related deal frenzy and murky relationship.

Japan's SoftBank is considering putting part of its stake in British chip designer ARM Holdings into an investment fund that it is setting up with Saudi Arabia, a source familiar with the situation told Breakingviews.

The stake that might be transferred into the SoftBank Vision Fund could amount to roughly $8 billion, or 25 percent of ARM, the Financial Times reported on March 8.

Investors in the tech fund are keen to own a part of ARM, two people familiar with the situation told Reuters Breakingviews.

The chip designer is central to SoftBank founder Masayoshi Son's strategic interest in the so-called Internet of Things.

The Vision Fund is expected to comprise capital up to $45 billion from Saudi Arabia's Public Investment Fund and $25 billion from SoftBank. Apple, Qualcomm, and Oracle founder Larry Ellison are planning to make smaller investments.

In July, SoftBank agreed to pay $32 billion for the UK listed ARM.