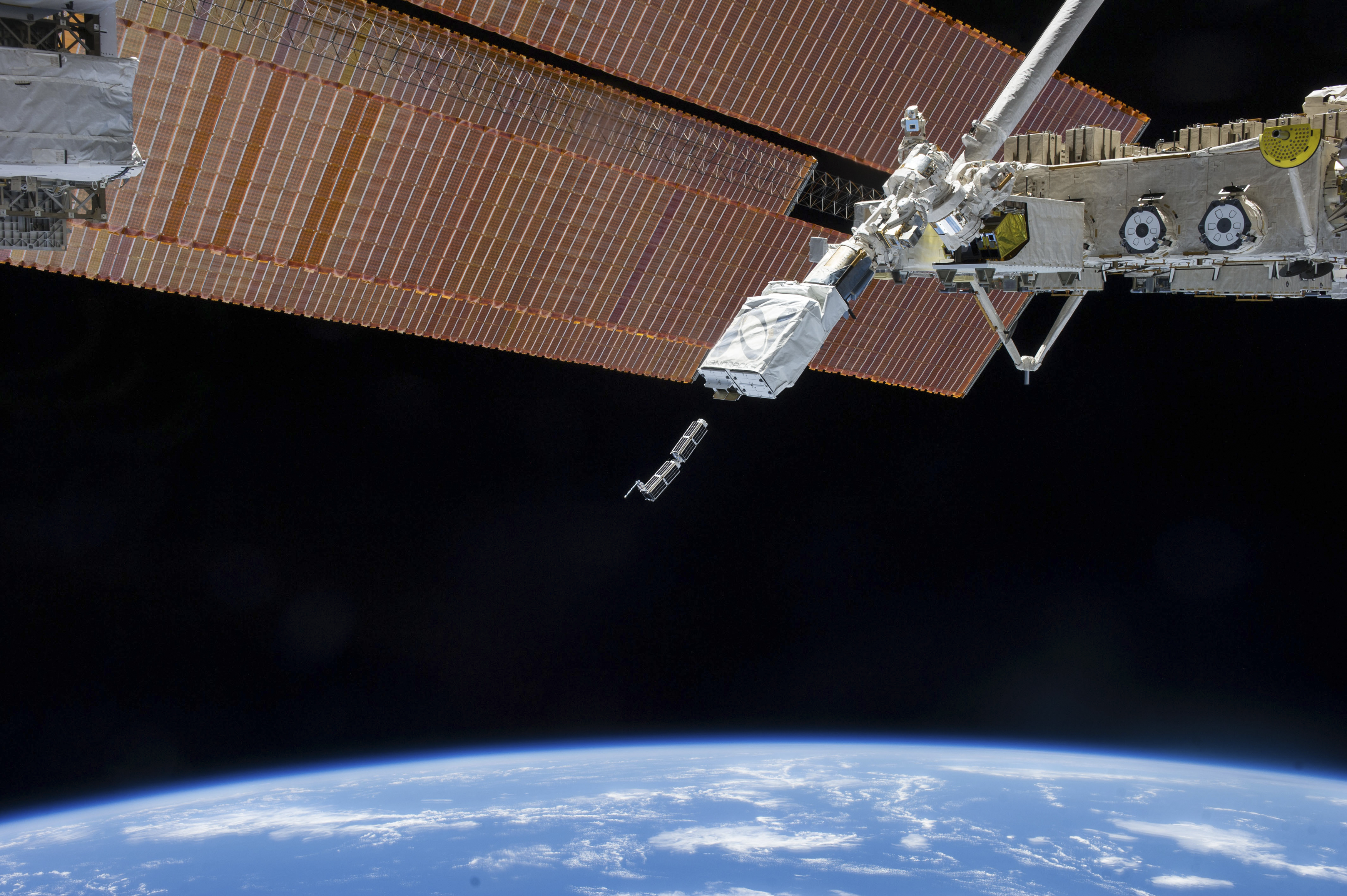 The Japanese telecom group wants to merge its OneWeb startup with industry titan Intelsat. A combination depends on bondholders accepting haircuts on much of the $14 bln in debt. There’s a juicy quid pro quo: long-term backing from Masayoshi Son’s giant tech fund.

The Small Satellite Orbital Deployer (SSOD), in the grasp of the Kibo laboratory robotic arm, is photographed by an Expedition 38 crew member on the International Space Station as it deploys a set of NanoRacks CubeSats in this February 11, 2014 NASA photo..

OneWeb, a U.S. satellite venture backed by Japan’s SoftBank, and Intelsat said on Feb.28 they had agreed to merge in an all-share deal. Luxembourg-based Intelsat, the world's largest satellite business, had an undisturbed market value of $632 million and long-term debt of $14.2 billion. Its shares were down 9.2 percent to $5.32 by midday in New York trading.

SoftBank will buy voting and non-voting preferred shares in the combined company for $1.7 billion in cash. The deal will give SoftBank a 39.9 percent voting stake in the merged company. The common shares will be purchased at $5 per share.

OneWeb shareholders will receive Intelsat common shares in exchange for their existing shares. In total, Intelsat will issue roughly 800 million shares to SoftBank and to OneWeb.

The deal is conditional on the completion of a large debt exchange offer to existing Intelsat bondholders, as well as regulatory approvals. The debt exchange offers, combined with the SoftBank investment, are intended to reduce Intelsat’s debt by $3.6 billion, the companies added. In December, SoftBank announced a $1 billion investment in OneWeb.

SoftBank’s investment in the enlarged satellite group will be offered to the SoftBank Vision Fund once it closes its initial financing round. Vision is a planned $100 billion tech fund in partnership with Saudi Arabia and other investors.

The enlarged satellite company will be domiciled in Luxembourg and listed in New York.