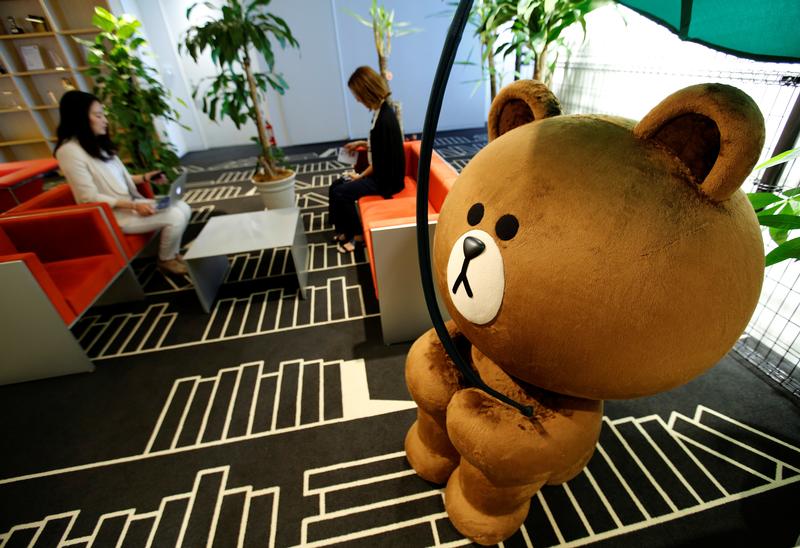 Masayoshi Son’s restless conglomerate may combine its stake in the Japanese search engine with Naver’s holding in the country’s leading messaging app. Both could benefit from a pickup in digital payments. SoftBank, though, would gain new exposure to Line’s more dynamic business.

A Line character is seen at the Line Corp's headquarters in Tokyo, Japan June 2, 2016.

A deal could see SoftBank Group’s SoftBank Corp, which controls Z Holdings, and Line's parent Naver form a 50-50 venture that would control Z Holdings – which would in turn operate both Line and Yahoo Japan.

Line’s New York-listed depository receipts closed up more than 25% on Nov. 13 after the report.