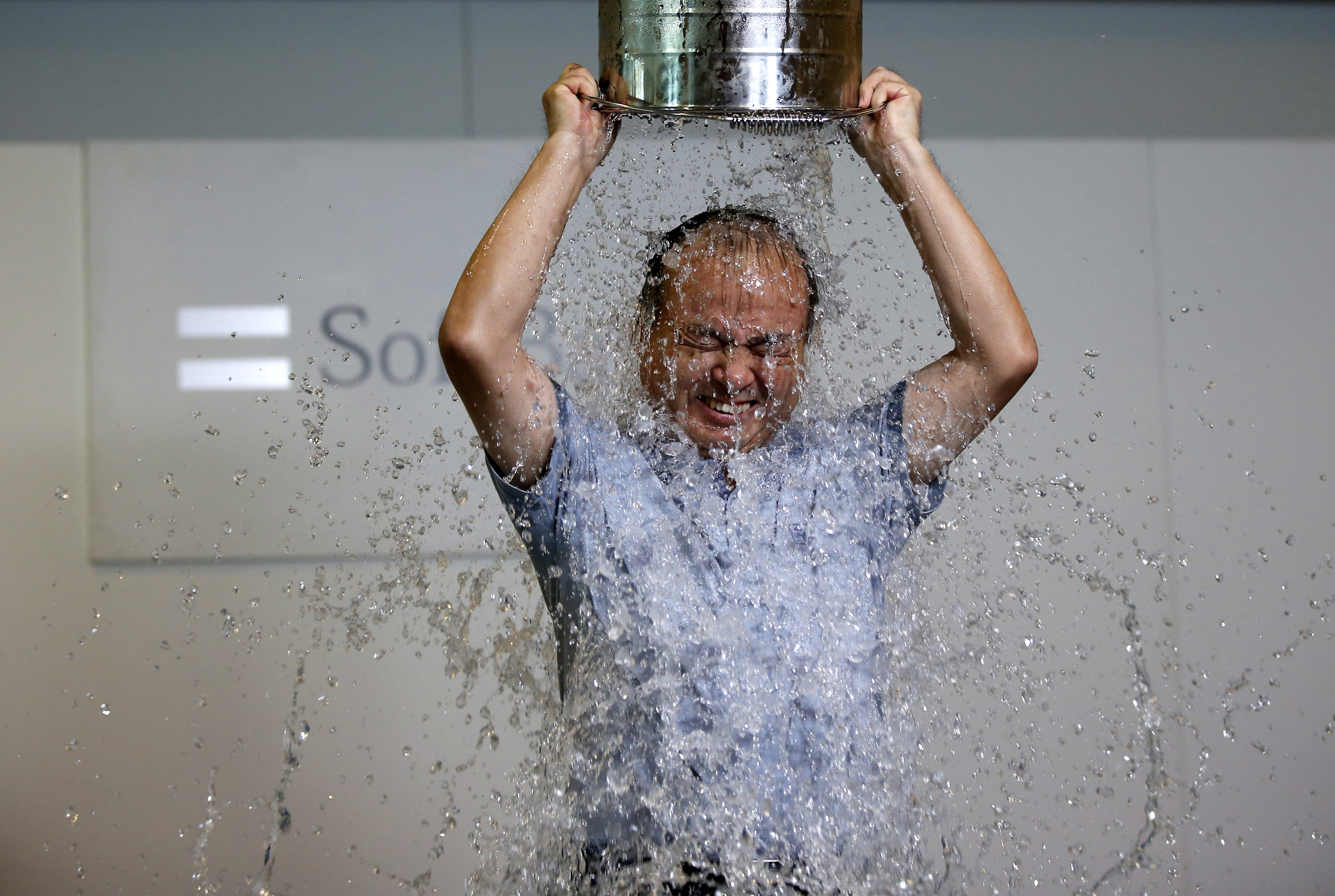 The Japanese telco’s OneWeb unit is offering creditors in rival Intelsat slightly better terms, while giving its shareholders less. Boss Masayoshi Son had to find a way to get this merger done, without making it so costly it could not be folded into his new mega-fund.

SoftBank Corp. Chief Executive Masayoshi Son dumps a bucket of ice water onto himself as he takes part in the ALS ice bucket challenge at the company headquarters in Tokyo August 20, 2014. The Ice Bucket Challenge is aimed at raising awareness of , and money to fight, Amyotrophic Lateral Sclerosis, more often known as ALS or Lou Gherig's Disease. It involves participants dousing themselves with buckets of ice water, and then nominating others to do so. Nominees may also choose to donate to the cause as a way out of doing the challenge, or in addition to doing it. REUTERS/Toru Hanai (JAPAN - Tags: BUSINESS HEALTH SOCIETY TELECOMS) - RTR430TL

OneWeb, the U.S. satellite startup backed by Japan's SoftBank, said on May 17 it had tweaked its proposed merger with industry leader Intelsat.

The merger, announced in February, stalled because Intelsat's debt investors would not accept a haircut of up to $3.6 billion. OneWeb's new offer reduces the total discount to about $2.9 billion, Reuters reported.

Bondholders have until May 31 to decide. The new proposal offers a small premium to trading prices late on May 17. SoftBank will also invest $1.79 billion into new common and preferred shares of the enlarged entity, up from $1.73 billion. And Intelsat equity holders will receive $4.75 a share instead of $5.00.

"We have been crystal clear to the bondholders that we are at the absolute limit of what we are prepared to pay for this business, and unwilling to negotiate any further," Alok Sama, the chief financial officer of SoftBank Group International, said in emailed comments.

He added that SoftBank had signed non-disclosure agreements with other firms interested in a tie-up if this offer fails.