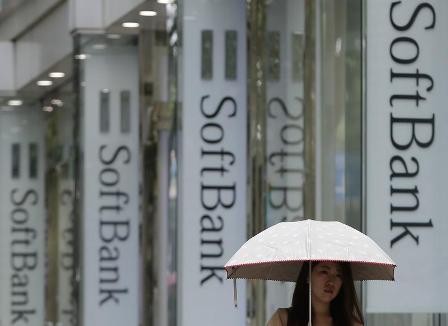 SoftBank’s raised bid for Sprint Nextel is no knock-out blow. The Japanese group has tweaked its offer for a controlling stake in the U.S. telco to give the target’s shareholders more value. But Sprint shareholders would retain a stake in a Sprint that has more debt than first envisaged. That erodes SoftBank’s key advantage as it seeks to combat a rival bid from leveraged counterbidder Dish Network.

On the face of it, SoftBank’s improved bid looks hard for Sprint shareholders to resist. The Japanese group had originally offered to spend $12.1 billion buying existing Sprint shares at a price of $7.30 per share. Now it is proposing to spend $16.6 billion, upping its offer to $7.65 per share.

Yet while that offer looks tempting for Sprint shareholders who sell, it’s less attractive for those left behind. That’s because SoftBank’s plan also requires it to inject fresh capital into Sprint. But with more money going to Sprint’s existing shareholders, the amount of SoftBank cash going into the company itself is falling from $8 billion to $5 billion. Sprint shareholders get more cash, but are left with a 22 percent stake in a more indebted company than under the original plan, which left them with 30 percent stake of a less risky entity.

That matters to the dynamics of the auction. SoftBank has made lower leverage one of the main virtues of its bid. It has argued that a SoftBank-owned Sprint will have the financial capacity to make extra investments in its network. By contrast, a full merger with Dish would create a company with limited financial flexibility. Though Sprint is still less leveraged under SoftBank’s revised deal than under Dish’s plan, the difference is no longer quite as clear.

The revised plan makes sense for SoftBank, which is raising its overall offer by just $1.5 billion, or about 7 percent. Sprint shareholders, meanwhile, may decide the certainty of the extra cash outweighs the residual risks. Paulson & Co, which is Sprint’s second-largest shareholder, has switched its support from Dish to SoftBank. If others follow the hedge fund’s lead, SoftBank’s decision to cede the moral high ground on leverage will have been worthwhile.

A woman walks past logos of SoftBank Corp at its branch in Tokyo June 11, 2013.

SoftBank agreed with Sprint Nextel to raise its offer for a controlling stake in the wireless carrier to $21.6 billion from $20.1 billion, as it fights a counter bid by Dish Network.
The amended offer won the backing of hedge fund Paulson & Co, Sprint’s second-biggest shareholder, which had earlier supported the Dish bid. Paulson said it would vote all its shares in favour of SoftBank’s improved offer.
Under the new deal, SoftBank will buy shares from current Sprint shareholders at $7.65 each, up from the previous offer of $7.30 per share. The cash component of the offer will rise by $4.5 billion to $16.6 billion.
At the same time, however, SoftBank will reduce the amount it is injecting into Sprint in the form of new shares by $3 billion, to $1.9 billion. It also raised the price it will pay for those shares to $6.25, from $5.25.
SoftBank’s total shareholding in Sprint under the revised deal will rise to 78 percent, from 70 percent under the original proposal.
A shareholder vote on the deal has been postponed until June 25.
Sprint said the special committee of its board had ended discussions with Dish Network, the U.S. group that has made a rival bid for the company.
Dish said it “will analyse the revised SoftBank bid as we consider our strategic options.”