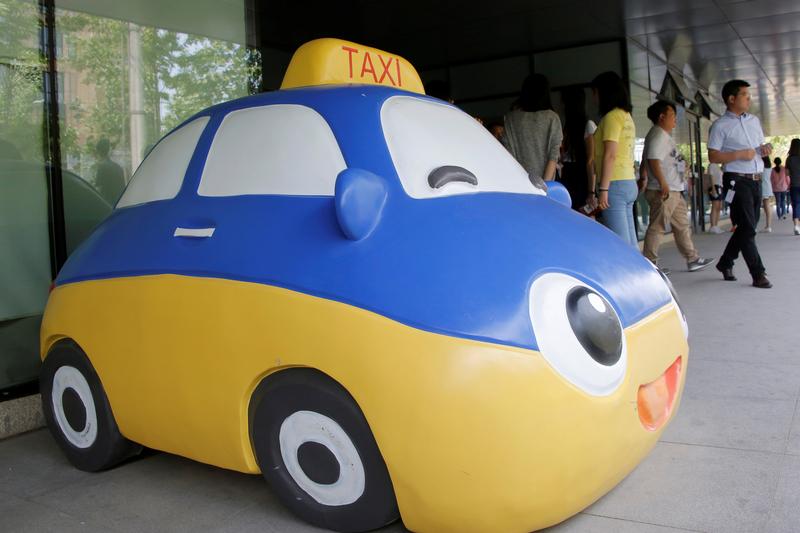 The Japanese group invested yet more in China’s Didi, as part of a $4 bln fundraising, and wants to put billions into Uber. Yet as Didi expands abroad, fresh conflict with Uber is inevitable. SoftBank may envisage a merger, but for now it is funding both sides of an arms race.

A mascot of Didi Chuxing is seen at the company's headquarters in Beijing, China, May 18, 2016. REUTERS/Kim Kyung-Hoon - S1BETEVRLZAA

The latest funding values the company at $56 billion, according to a person familiar with the deal. Abu Dhabi state fund Mubadala took part in the capital-raising, the person told Breakingviews.

Existing investor SoftBank Group said it participated in the funding round.

The Wall Street Journal earlier reported the fundraising, citing people familiar with the matter, and said Didi now has $12 billion in cash reserves, up from $3.5 billion two years ago.

In April, Didi raised more than $5.5 billion, of which $5 billion came from SoftBank.