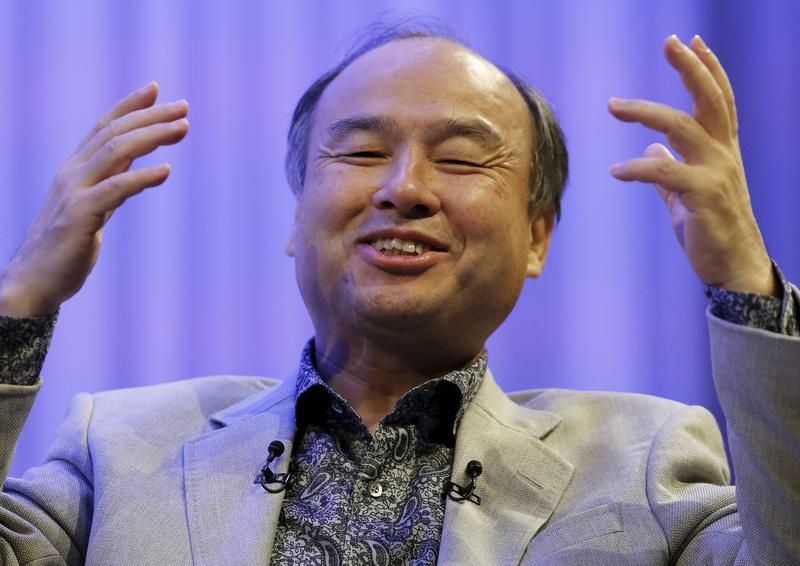 Masayoshi Son is testing the limits of investor patience. Shares of SoftBank Group, the Japanese tech and telecoms group he leads, tanked 10 percent by early afternoon on July 19, following its $32 billion bet on UK chip designer ARM Holdings. Having just lost his heir apparent with the abrupt departure of former Google executive Nikesh Arora, Son talks about the Japanese conglomerate he founded as if it is private and effectively debt-free. The logic is disconcerting and takes the shine off the entrepreneur’s otherwise striking investment record. The ARM acquisition dashes hopes that SoftBank would establish discipline around its sprawling portfolio. The group had announced disposals worth about $18 billion since May and indicated that proceeds would help cut net debt. The outlay on ARM is almost twice that amount. Following the deal, net debt will stand at around 3.6 times EBITDA, Citi analysts reckon.

Calls with analysts and the media revealed a gulf between how Son and the wider market view the $69 billion company. Son argues that ARM can now spend more freely on engineers and research as it becomes part of a “private company” – seemingly forgetting that SoftBank is publicly listed and majority owned by independent investors.

Son’s unorthodox take on the Japanese group’s borrowings is equally startling. SoftBank is effectively “net debt zero”, he suggests, because the value of the company’s shareholdings in public companies is the around the same size of its net borrowings. Son went on to explain that competitive borrowing costs mean the company is essentially investment grade, even though major international rating agencies disagree.

It is true that Son made some impressive bets over the years – a $20 million punt on Chinese e-commerce giant Alibaba is the most striking success. Yet Son’s expensive gamble on Sprint, the U.S. telecoms operator, has not been as smooth sailing as he hoped. And it’s hard to see how the ARM acquisition, which does not require approval from SoftBank shareholders, will earn a decent return given the high valuation being paid. With each big wild bet, Son looks a little more out of control.

SoftBank agreed on July 18 to acquire ARM Holdings, the UK chip designer, in an all-cash deal for 24.3 billion pounds ($32.2 billion).

SoftBank will pay 17 pounds per ARM share, a 43 percent premium to the target's closing price on July 15. The Japanese market was closed on July 18 for a national holiday.

SoftBank agreed on July 18 to acquire ARM Holdings, the UK chip designer, in an all-cash deal for 24.3 billion pounds ($32.2 billion).

SoftBank will pay 17 pounds per ARM share, a 43 percent premium to the target's closing price on July 15. The Japanese market was closed on July 18 for a national holiday.