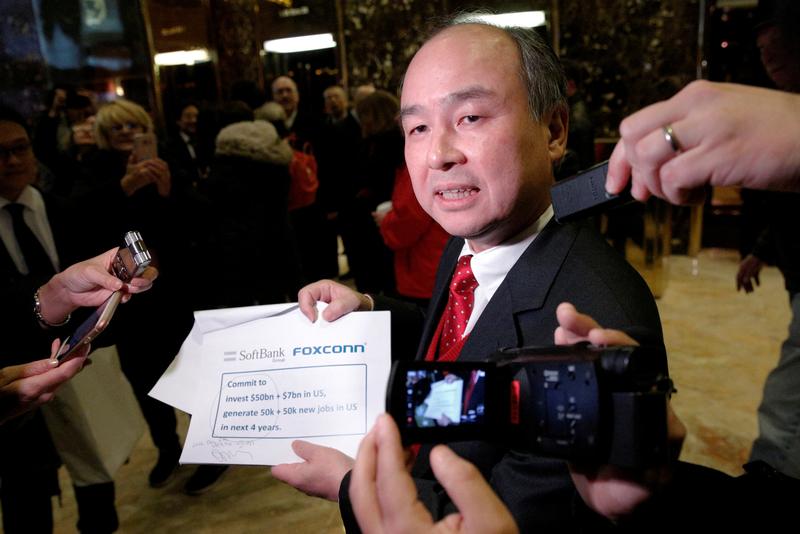 The Japanese conglomerate is amassing a $100 bln war chest with Saudi backing, and is committing half that much to America. Masayoshi Son can make huge bets on emerging tech firms. Listed targets could include Symantec for cyber security, Splunk for big data, or even Twitter.

On Oct. 14, SoftBank said it would establish the world's biggest technology investment fund. The Japanese tech and telecoms group will contribute up to $25 billion over five years, while Saudi Arabia's Public Investment Fund would invest as much as $45 billion. The vehicle, known tentatively as the Vision Fund, will "make investments in the technology sector globally", SoftBank said, and could manage as much as $100 billion.

SoftBank Chief Executive Masayoshi Son said the fund was likely to make "one or two" multibillion-dollar acquisitions matching his purchases of Sprint and ARM Holdings, the Financial Times reported on Oct. 26. The fund will also make "several $2 billion -$5 billion company acquisitions and then a bunch [worth] $1 billion", Son added.

On Dec. 6 Son met with U.S. President-elect Donald Trump and said he would invest $50 billion in the United States, creating 50,000 jobs. He told the Wall Street Journal the sum would come from the investment fund.