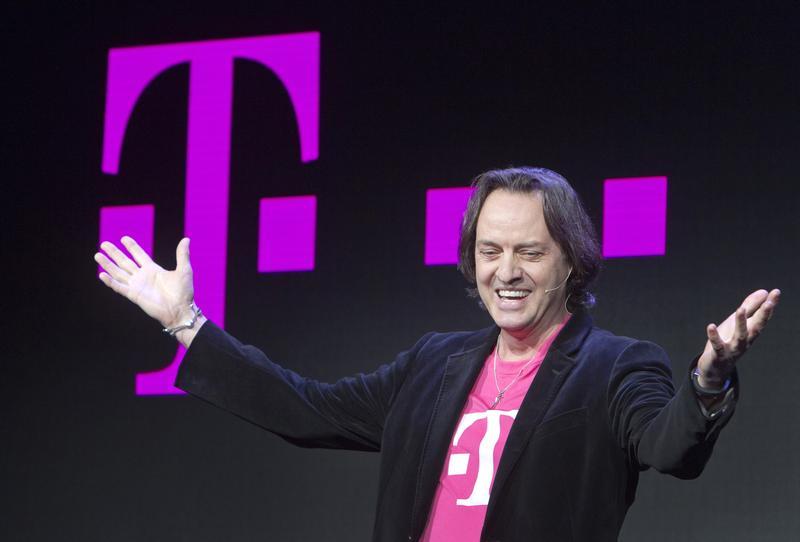 Masayoshi Son has been forced to scale back his mobile phone ambitions in the United States. The chief executive of Japan’s SoftBank has belatedly bowed to hostile regulators and abandoned plans for his Sprint unit’s $32 billion takeover of T-Mobile US. He has chosen the least bad option.

Son’s plan to create a U.S. mobile phone operator to challenge industry leaders Verizon and AT&T always looked a long shot. Antitrust regulators had already blocked one takeover of T-Mobile US, and had publicly signalled their opposition to a combination with Sprint even though no deal was ever formally announced.

For a while it looked as if Son might be willing to gamble a $2 billion break fee on a merger that Bernstein analysts estimate could have delivered savings with a present value worth up to $30 billion. However, pushing ahead would have left Sprint in regulatory limbo for as long as a year at a time when it is losing customers. A recent ruling by the U.S. Federal Communications Commission that effectively bars Sprint and T-Mobile US from jointly bidding in the upcoming auction of mobile spectrum helped swing the decision.

By walking away, Son retains the option of reviving the combination at some point in the future – although Iliad of France, which does not face the same antitrust objections, is still pursuing T-Mobile US. In the meantime, the priority is to stabilise Sprint’s shrinking customer base. That is the task facing incoming chief executive Marcelo Claure, the founder of mobile phone distributor Brightstar. The 16 percent drop in Sprint shares in after-hours trading reflects the dim view that investors currently take of the company’s standalone prospects.

Last year, Son announced he wanted to make SoftBank “the world’s biggest company – by all measures”. For now, he will have to shelve that plan, along with his ambition of unseating America’s incumbent mobile phone leaders. The Japanese entrepreneur’s drive for expansion may have been partly fuelled by hubris. But his belated decision to retreat looks the best of several unappealing choices.

Sprint Corp. has dropped a $32 billion bid to acquire rival mobile phone group T-Mobile US. because the challenge of securing regulatory approval for the deal was too steep, according to a person familiar with the matter.

Sprint, which is controlled by Japan’s SoftBank, will on Aug. 6 announce the appointment of Marcelo Claure, the founder of mobile-phone distributor Brightstar Corp., as chief executive, replacing current CEO Dan Hesse, the person said. At the same time, the company will signal that it is no longer actively pursuing consolidation in the U.S. mobile phone market.

SoftBank Chief Executive Masayoshi Son had argued that a combination of Sprint and T-Mobile, which is controlled by Germany’s Deutsche Telekom, would be better able to challenge AT&T and Verizon, the dominant U.S. mobile phone groups.

However, the move faced resistance from U.S. regulators, some of whom took the unusual step of announcing their opposition to the deal before it was formally agreed.