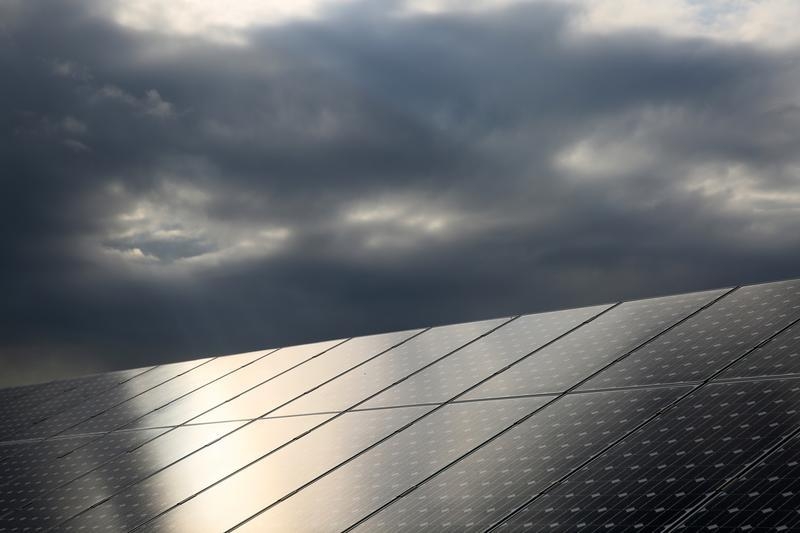 Solar power upstarts and U.S. electric utilities may reach an uneasy truce in 2015. The soaring popularity of solar installations is helping to cut carbon emissions. But the trend upsets big electricity providers trying to make a return on grid investments. Utilities’ attempts to slap fees on solar users sparked uproar in 2014. Cost-sharing may take some heat out of the debate.

Solar generation is growing at a 30 percent annual clip in the United States as customers respond to an 80 percent drop in the price of the technology since 2008. Total installations are approaching 18 gigawatts, according to the Solar Energy Industry Association – enough to power a city about the size of Chicago, assuming the sun is shining.

Rooftop solar panels – available without up-front costs from young companies like the $5 billion SolarCity, chaired by Tesla Motors founder Elon Musk – only account for a fraction of that. Yet such installations are already challenging traditional business models. Rules that require utilities to pay for electricity fed back into the system squeeze them at otherwise profitable times of day. And although domestic solar users benefit from the grid, they often don’t pay for it because they don’t buy all their power from the utility.

The big, mostly regulated electricity groups have been campaigning to make solar users pay up. Watchdogs in states including Wisconsin, Oklahoma and Arizona have allowed special levies on solar panels. Proposals elsewhere, though, have backfired in the face of strong public support for the technology.

A novel way of dealing with the problem emerged this year in Massachusetts. There, solar advocates and private utilities in 2014 both endorsed the idea of minimum bills for all power users. While it was part of a broader solar reform bill that later failed, the idea has merit. Anyone already paying more than the minimum wouldn’t notice a change. But a solar customer who ended up selling more energy back to the grid than they took out would still receive a bill, covering basic maintenance of the state’s power infrastructure.

Of course, quibbling over the minimum charge is inevitable. Even if widely adopted, the approach might soon become obsolete if, for example, battery technology evolves swiftly enough to enable households with solar panels to safely unplug from the grid completely. As a temporary compromise, though, it could help disperse a cloud hanging over a promising technology.