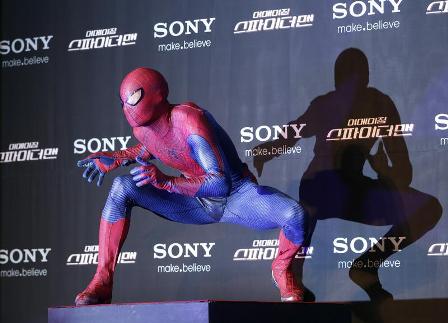 The Japanese group riding high on Spider-Man is also thriving in games, chips and music. It now expects annual operating profit to hit a record $5.6 bln. That’s testament to a long overhaul, but also increases a temptation to stay in areas like phones, TVs and financial services.

Sony on Oct. 31 lifted its full-year operating profit forecast after exceeding the amount analysts had been expecting for the three months to end-September.

Analysts polled by Thomson Reuters had expected Sony to report an operating profit of 136 billion yen on revenue of nearly 1.9 trillion yen.

For the full year to March 2018, Sony raised its operating profit forecast by 26 percent from its previous prediction in August, to 630 billion yen, which would be a record. It also lifted earnings forecasts 49 percent to 380 billion yen.

Including reinvested dividends, Sony shares have returned 32 percent this year, Datastream statistics to Oct. 30 show. That is 13 percentage points higher than the wider Topix index.