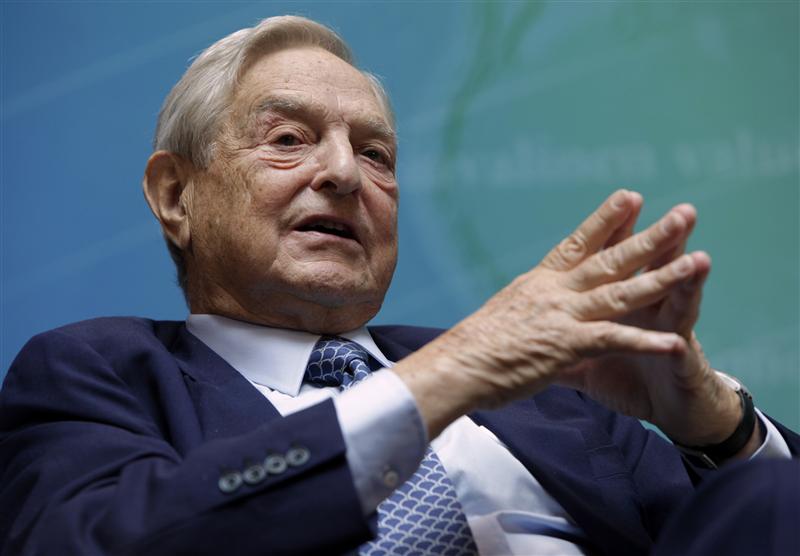 Is George Soros turning activist? His $29 billion hedge fund has famously confronted governments. But facing off with a $1 billion U.S. oil and gas company is novel. The move gives underperforming corporate bosses another scourge to fear.

A bellicose letter from Soros Fund Management to Penn Virginia on Wednesday could easily have come from an established activist like Carl Icahn. Scott Bessent, the chief investment officer at Soros’ firm, wrote that Chief Executive Edward Cloues has presided over “investor relations disasters” and is responsible for “egregious” strategic choices.

Along with Bessent, George Soros and his son Robert seem to have chosen a fairly easy target. Penn Virginia’s modest size made it relatively cheap to accumulate a nearly 10 percent stake. And despite recent gains, Penn Virginia shares are worth no more than five years ago, against a more than 40 percent rise in Exxon Mobil stock and a doubling of the S&P 500 Index. That makes questions over strategy legitimate.

As a family-only fund since 2011, the Soros vehicle no longer needs to attract outside investors. Even so, activism has been among the most lucrative hedge-fund strategies in recent years, returning 21 percent in 2012 and 16 percent in 2013, according to Hedge Fund Research. That could be one reason to try it – although the easiest pickings may already have gone to the likes of Icahn, Bill Ackman at Pershing Square Capital Management and Dan Loeb at Third Point.

Another factor could be a changing of the guard. George Soros is 83, his son is involved in the business, and Bessent – who rejoined the firm in 2011 – has a background investing in companies, including a stint with short-selling hedge fund boss Jim Chanos. It’s only a sub-quantum leap into activism so far. But the prospect of scrutiny from the Soros fund is another reason for subpar corporate boards to raise their game.

Soros Fund Management said in a letter on June 25 that Penn Virginia, a $1 billion U.S. oil and gas producer, should explore selling itself and that the fund might take further action if the company failed to do so.

The Soros fund took a 9.18 percent stake in Penn Virginia in March. As of June 25, it had increased its stake to 9.53 percent, according to a regulatory filing.

Soros Fund Management is the adviser to George Soros’s famed Quantum investment vehicle, which he closed to outside investors in 2011. The Quantum Endowment Fund had assets of $29 billion at the end of 2013, according to LCH Investments.

The typical activist hedge fund returned 21 percent in 2012 and 16 percent in 2013, according to Hedge Fund Research, among the best-performing strategies tracked by the industry data compiler.