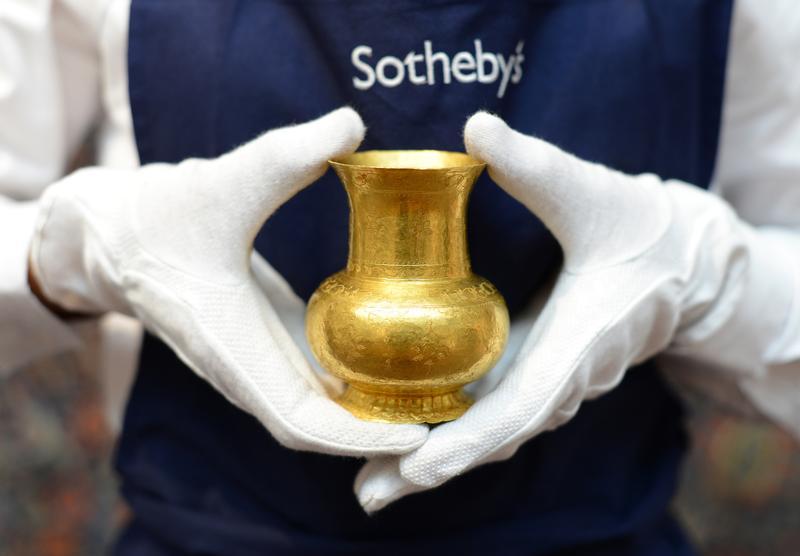 Sotheby’s is revamping its financial science – now for the art. The auctioneer’s stock popped, at least initially, on Wednesday’s news of a $300 million special dividend and new criteria for investment. The plan addresses some aspects of the critique by activist investor Dan Loeb. But governance and broader strategy remain at issue.

The review undertaken by Patrick McClymont, the ex-Goldman Sachs investment banker hired as Sotheby’s finance chief in September, looks thorough. He has concluded that the firm’s art auction and private sales business should be funded separately from its art lending activities. Using more outside leverage for the finance side will help release cash to pay the dividend.

McClymont has also identified $22 million of cost cuts this year, roughly 10 percent of analysts’ estimated pre-tax profit, according to Thomson Reuters. That should somewhat appease Loeb, whose broadside last fall included claims of wasteful spending. The CFO also set out investment targets for the newly named agency and financial services businesses – a 15 percent return on invested capital and a 20 percent return on equity, respectively – absent which capital will be returned to shareholders periodically.

It’s all rational and laid out with unusual clarity, which pleased analysts on Wednesday’s conference call. It should also show Sotheby’s shareholders that there’s a transparent framework in place, even if some might argue the company could have been more aggressive and paid out a bigger sum.

Perhaps more important, though, Loeb’s complaints, some of which have merit, were mostly aimed at Bill Ruprecht – the chairman, chief executive and president of Sotheby’s – and the company’s board, calling into question its strategy in key areas like red-hot contemporary art and use of the internet.

The financial review wasn’t designed to address those issues or the poison pill provisions Sotheby’s introduced after Loeb revealed a 9.3 percent stake in October. It’s perhaps telling, however, that when troubled retailer Abercrombie & Fitch abandoned its takeover defenses, stripped its CEO of his chairman title and added new board members on Tuesday, its shares bounced 5 percent. Sotheby’s doesn’t have A&F’s problems, but checks on executive power and the prospect of being acquired can be worth just as much as a slug of hard cash.

Sotheby’s said on Jan. 29 that it will pay investors a $300 million special dividend and buy back shares, months after activist investor Daniel Loeb called for a management shakeup at the auction house.

The company also said it would buy back stock worth $150 million under a new share repurchase program – including $25 million this year – and announced plans to separate the capital structure of its auction and private sales business from its art lending unit as well as outlining $22 million of cost cuts in 2014.

Sotheby’s shares rose sharply in premarket trading and opened about 3 percent higher, a boost of about $100 million in the company’s market value.

Loeb’s hedge fund, Third Point, held a 9.3 percent stake in the company as of Oct. 1.

Loeb said in October that he was seeking to replace Sotheby’s Chief Executive Bill Ruprecht and likened the 269-year-old auction house to “an old master painting in desperate need of restoration.”