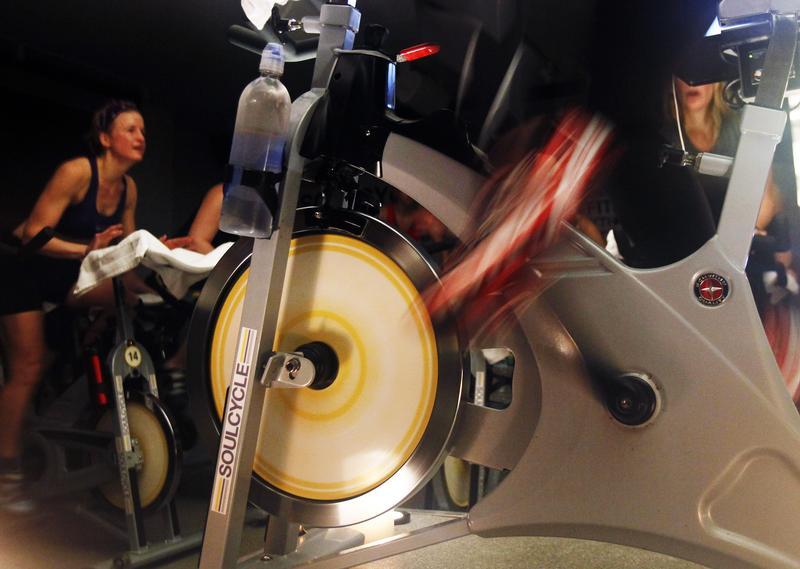 SoulCycle is inviting investors to join its “tribe” as “an athlete, … a renegade or a rockstar.” The fashionable indoor cycling chain on Thursday filed for an initial public offering. It is profitable and sales accelerated by more than 50 percent in the first quarter to $35 million. But there are weak points in the spin.

Founded in New York in 2006, SoulCycle – backed by the Equinox fitness chain – offers candlelit cycling classes that bring riders “on an emotional journey that runs parallel to the physical workout,” according to the company’s prospectus. “SoulCycle is more than a business, it’s a movement.”

At the midpoint of the share price range announced this week, the upcoming IPO of low-cost Planet Fitness values the company’s equity at $1.5 billion. Add around $500 million of net debt, and the 2014 enterprise value-to-EBITDA ratio is about 20 times. Apply a similar multiple to SoulCycle, and the spin outfit could be worth more than $700 million, with an equity value well above $500 million.

The endorphins associated with all those zeroes, though, may mask some potential pain points. Residents of New York, Los Angeles and San Francisco, where the chain is now focused, shell out at least $30 per class, but their enthusiasm may not be shared elsewhere. That could make profitable growth harder to come by than it has been. Increasing apparel sales and extending the brand into an “at-home” market, meanwhile, are possibilities that aren’t yet worth hard dollars.

Then there’s the faddishness. SoulCycle recognizes in its prospectus that it has benefited from publicity surrounding celebrity riders – and that if these big names stop showing up, it could damage the business. The company’s spin merchants will always be looking over their shoulders for newer, trendier and perhaps cheaper rivals.

Separately, Planet Fitness updated its IPO prospectus on July 27 indicating that it intends to offer 13,500,000 shares at $14 to $16 apiece. The budget gym operator previously announced its intention to go public in June.

Separately, Planet Fitness updated its IPO prospectus on July 27 indicating that it intends to offer 13,500,000 shares at $14 to $16 apiece. The budget gym operator previously announced its intention to go public in June.