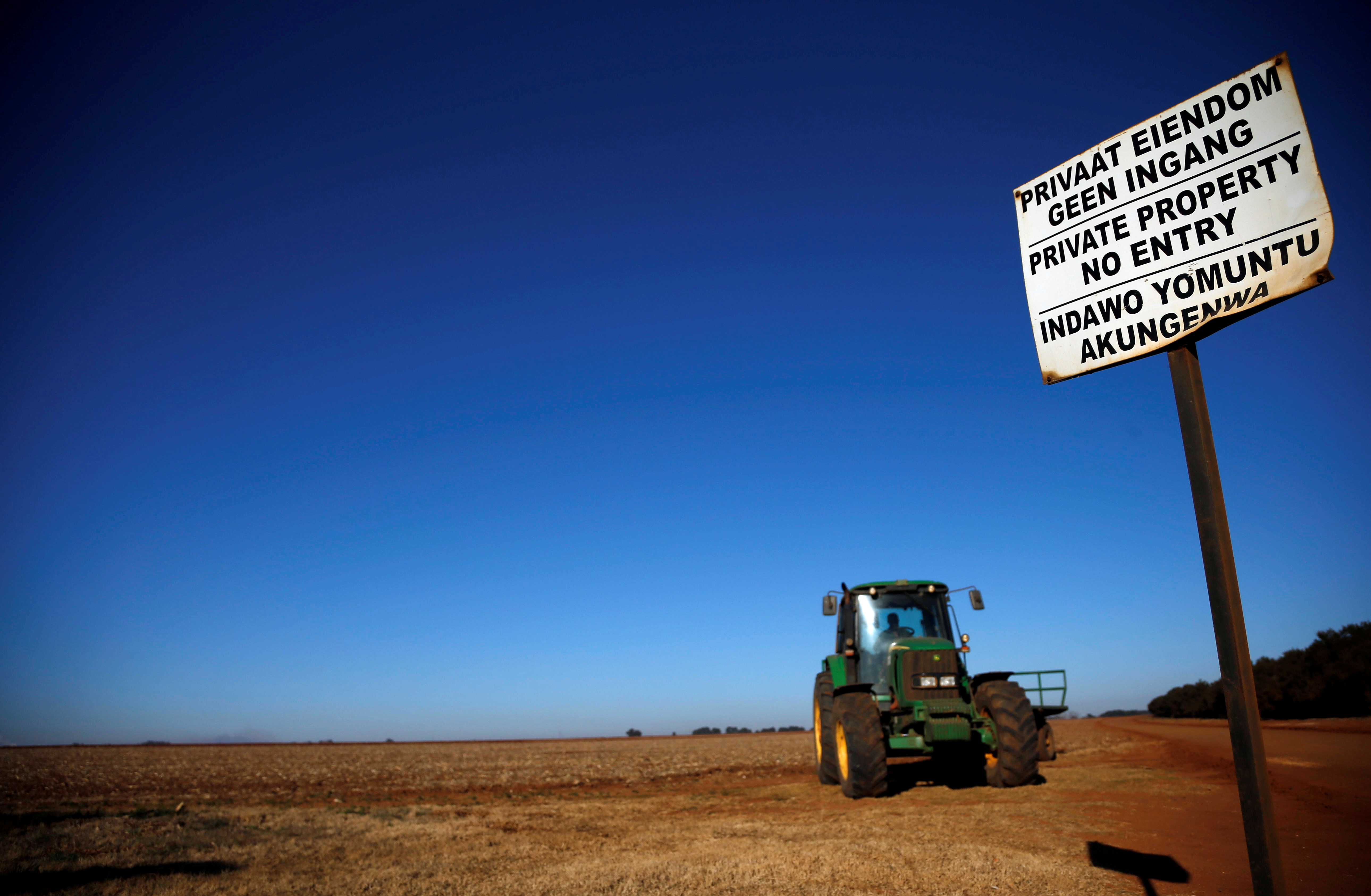 The U.S. president’s complaint about the killing of white farmers didn’t much rattle markets, but South Africa’s trade-dependent economy can’t afford a fight with the White House. The only comfort: leader Cyril Ramaphosa is more business-friendly than his ousted predecessor.

A 'No entry sign' is seen at an entrance of a farm outside Witbank, Mpumalanga province, South Africa July 13, 2018.

U.S. President Donald Trump on Aug. 22 said he had asked Secretary of State Mike Pompeo to study “South Africa land and farm seizures and expropriations and the large scale killing of farmers.”

The office of South Africa’s president, Cyril Ramaphosa, said Trump’s statement was misinformed, and the country’s Department of Foreign Affairs said it had called for a meeting with the U.S. State Department.

The South African rand fell 1.6 percent against the dollar on Aug. 22. It has weakened about 9 percent since the start of August.