Peace at a price 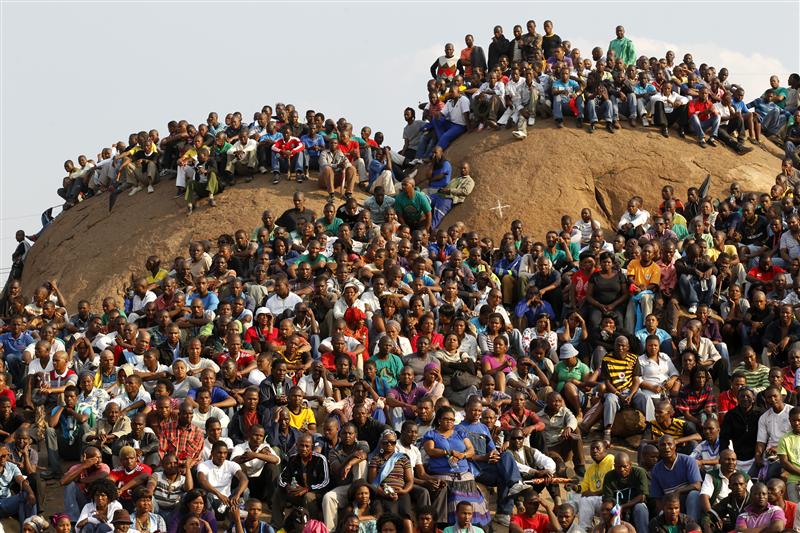 South Africa’s platinum crisis isn’t over yet. A pay deal struck by Lonmin will, if it holds, end a violent six-week strike that has claimed 45 lives. That’s good for the workforce. And it solves an immediate, potentially existential problem for the world’s third-biggest platinum producer. But it sets up other big challenges for Lonmin and the industry. The big wage hike will hurt already weak margins. And the response may only encourage further strikes.

The pay deal was a surprise. Lonmin’s shares opened 9 percent higher in Johannesburg on Sept. 19. Earlier this week, the two sides seemed far apart. But several weeks of shut production and no wages, along with police raids on mining villages at the weekend, seem to have forced the issue. The miners have agreed to go back on the clock in return for a pay rise of up to 22 percent, plus a signing bonus.

The next few days should tell whether the agreement sticks. Lonmin’s employees are due to return to work on Thursday, though in reality it will probably take longer to know whether the deal has support.

Even if the settlement holds, the consequences for Lonmin and the industry may still be painful. Lonmin’s higher-cost operations meant it was only just breaking even on its mines before the labour unrest began. Worker pay is 60 percent of the company’s cost base, according to Nomura. Six weeks of disruption will force the company to spread its fixed costs over fewer ounces of mined material, hurting mining margins further. If platinum’s recent price rally fades as concerns over supply ease, that will also challenge the industry’s economics.

Lonmin may have had no choice but to agree to a big wage bump. What started as a local labour dispute turned into a national emergency after 34 workers were killed by South African police in August. Nevertheless, Lonmin has publicly blinked in the face of pressures that started well outside the standard labour relations channels. Lonmin’s shares pulled back, trading just 2.5 percent higher by midday in London on Sept. 19. That seems a fair reflection of the extent to which the benefits of resolving this tragic situation may come at a significant cost.

Shares of Lonmin, the world’s third-biggest platinum producer, opened 9 percent higher in Johannesburg on Sept. 19, after the company announced a deal with striking workers.
The deal, which will hand the company’s miners pay increases of up to 22 percent, is intended to end a six-week strike that has left 45 people dead. The strike sparked a national crisis after 34 miners were shot and killed by South African police in August.
Lonmin’s shares later pared their gains, trading 2.5 percent higher at midday in London.