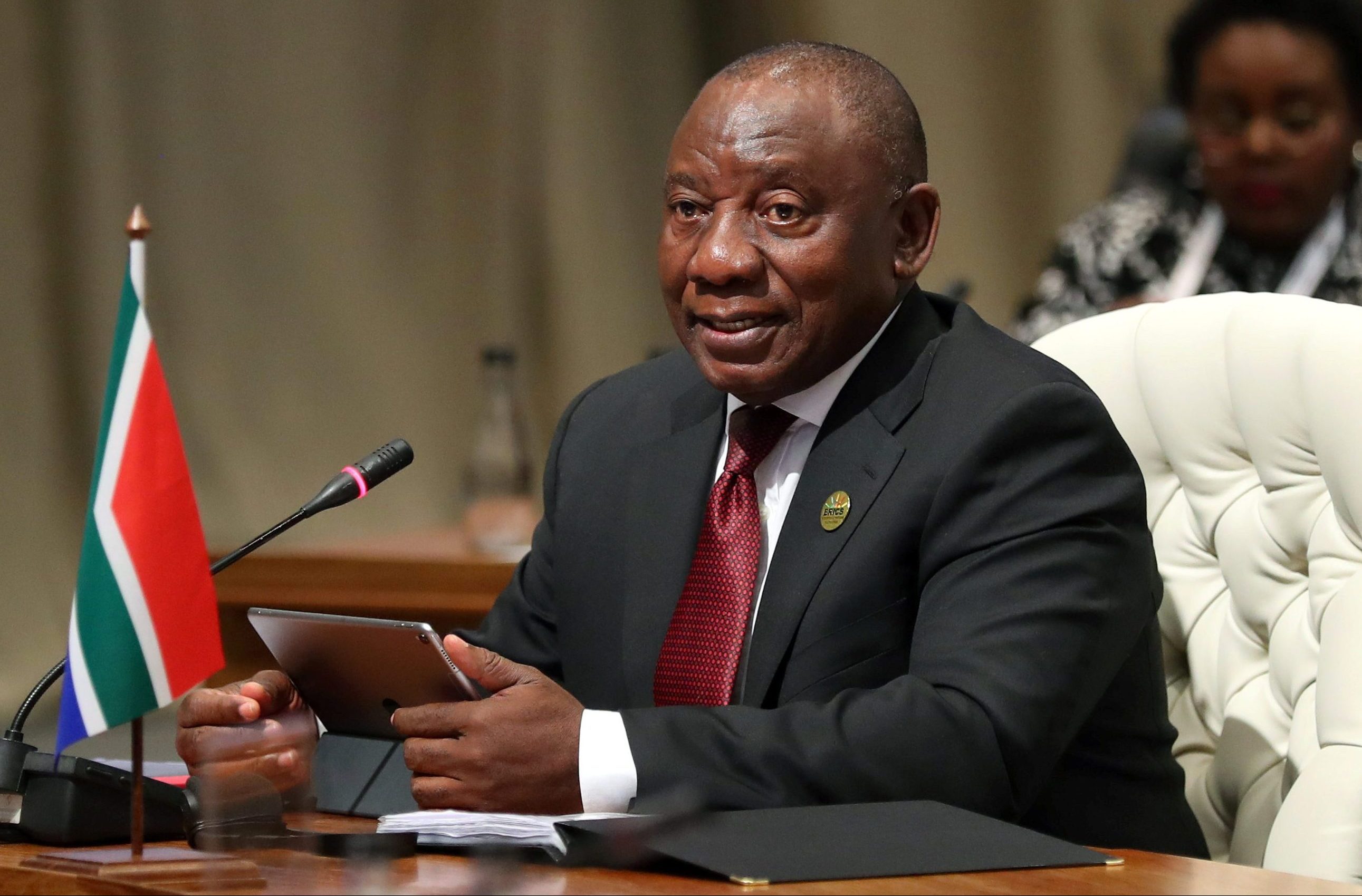 The first recession in nearly a decade is a blow for President Cyril Ramaphosa. Barring a sharp recovery, it will be harder to control debt and push through reform. Jittery emerging market investors and an election in eight months put his credibility as economic saviour at risk.

South Africa's President Cyril Ramaphosa takes his seat at the first closed session of the leaders of the BRICS summit meeting in Johannesburg, South Africa, July 26, 2018.

South Africa’s economy slid into recession for the first time since 2009 in the second quarter, according to data released on Sept. 4.

Statistics South Africa said the economy contracted by 0.7 percent quarter-on-quarter, led by declines in the agricultural, transport and retail sectors.

The rand, already under pressure from a broader emerging market selloff, fell sharply. By 1330 GMT on Sept. 4 it was down more than 3 percent against the U.S. dollar at 15.37. Government bond yields rose.

When he took over from Jacob Zuma in February, President Cyril Ramaphosa promised to restore business confidence, unleash investment and kick-start sluggish growth.