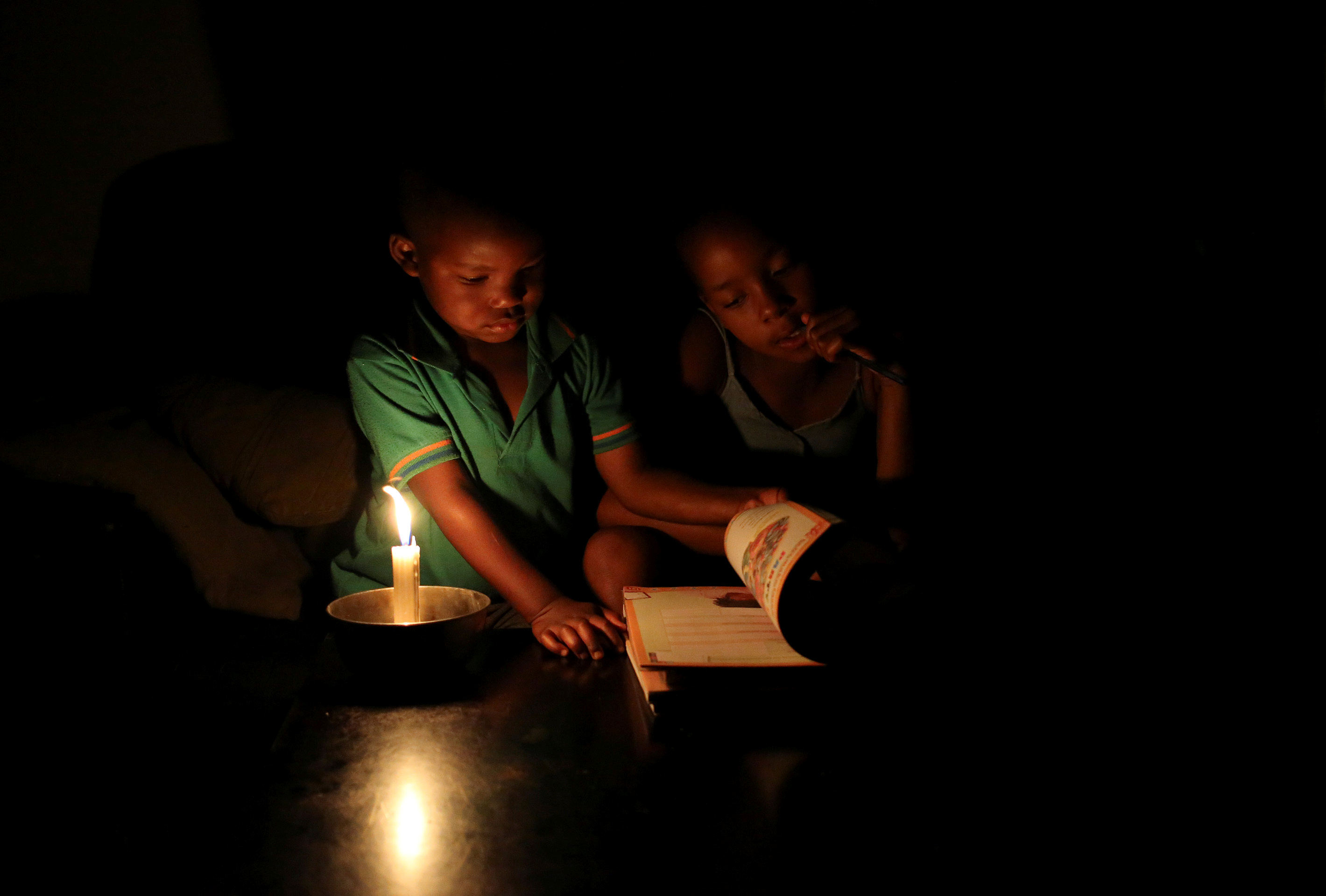 State giant Eskom is rationing electricity supplies while seeking debt relief from the government. Big staff cuts would shrink losses and help assuage nervous bond investors. That will be tough for President Cyril Ramaphosa, but may be the only way to keep the lights on.

Sinovuyo Bhungane looks on as her studies are interrupted by her cousin Yonga, as she studies using candle light during load shedding in Soweto, South Africa, February 3, 2015.

Eskom wants South Africa’s government to take on 100 billion rand ($7.2 billion) of its debts, the state-owned utility’s chairman told a newspaper on Dec. 5, suggesting it wants relief on almost a quarter of its borrowings.

The utility supplies 90 percent of South Africa’s electricity, making it critical to the health of the $340 billion economy. The country is ranked as junk by two of the three big rating agencies.

Eskom said on Nov. 28 its total debt had risen to 419 billion rand, from 367 billion a year earlier. It also flagged a pre-tax loss for this financial year of 11.2 billion rand.

Eskom initiated rolling blackouts from Nov. 29 to prevent pressure on the national grid from triggering a catastrophic system-wide blackout.