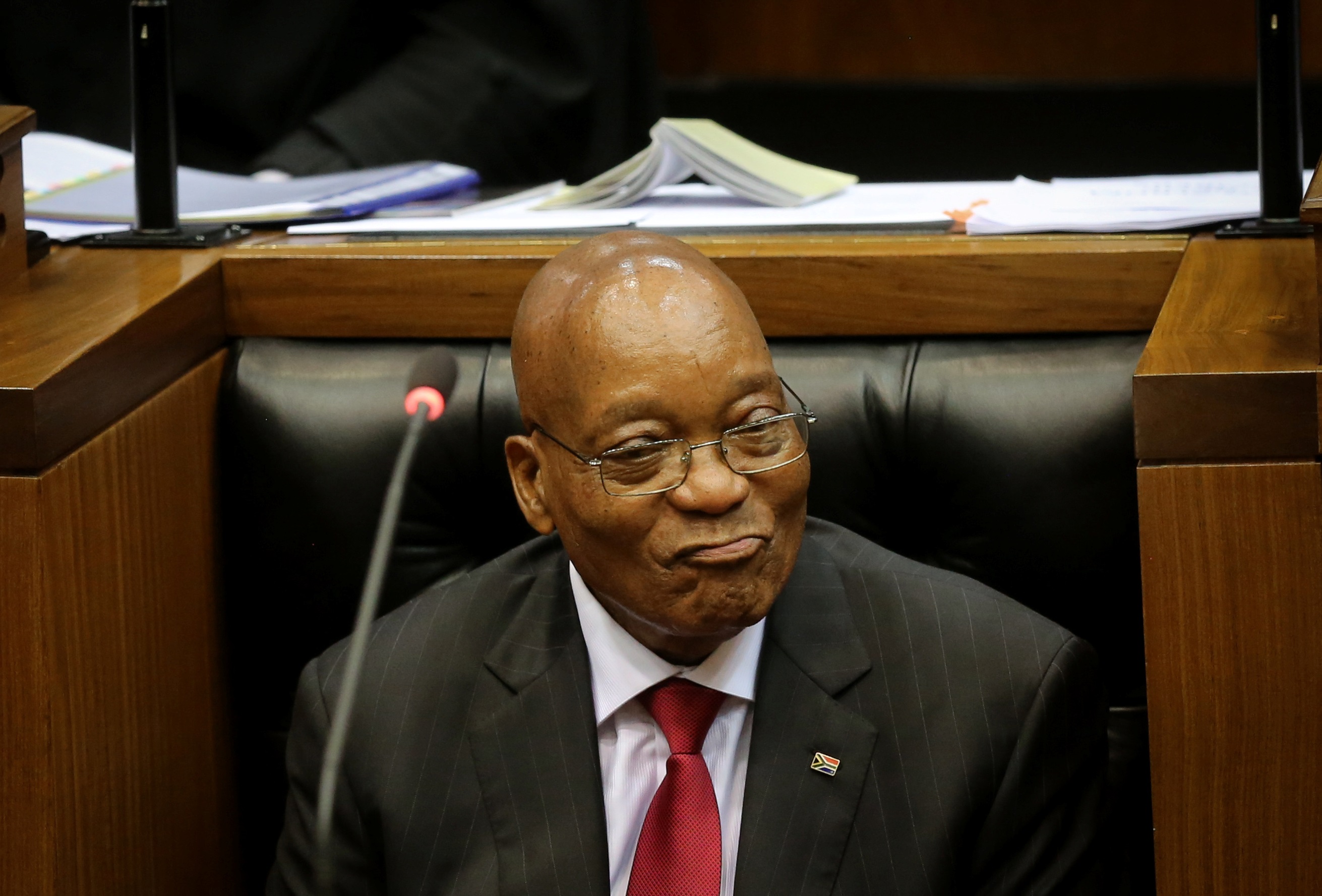 President Jacob Zuma’s abrupt recalling of his respected finance minister hit domestic assets. The latest spat could speed a downgrade of the state’s sovereign debt, although much of that appears priced in. The greater damage would be to South Africa’s institutional solidity.

President Jacob Zuma during his State of the Nation Address (SONA) to a joint sitting of the National Assembly and the National Council of Provinces in Cape Town, South Africa February 9, 2017. REUTERS/Sumaya Hisham - RTX30CRL

South African Finance Minister Pravin Gordhan told reporters on March 28 they should "wait and see" concerning reports that President Jacob Zuma was set to remove him, as he arrived back from an investor roadshow in Britain on Zuma's orders.

Gordhan told reporters upon his return that he was focused on restoring faith in South Africa and had met with about 50 investors while in London. Zuma recalled Gordhan from the roadshow on March 27.