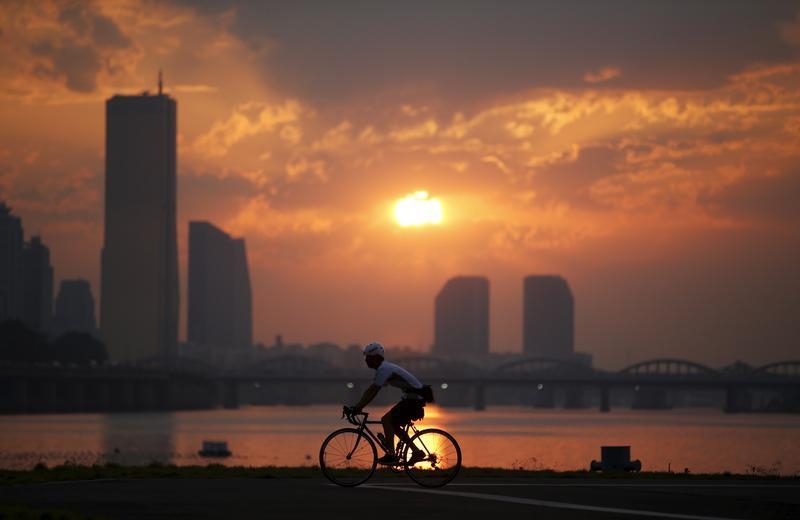 South Korea’s slowest economic growth in years reflects a deep malaise. Forget another rate cut, or just money-printing. The economy needs something stronger than even quantitative easing to combat an excess of household debt and the emerging risk of deflation.

This is partly bad luck. The deadly Middle East Respiratory Syndrome and a drought both played a role in cutting second-quarter growth to 0.3 percent, the slowest since the first quarter of 2009. But last month’s quarter-point rate cut as well as a $10 billion supplementary budget should be enough to mitigate the economic impact of MERS.

It will take much more, however, to revive growth, which is pinned down by household debt above 160 percent of disposable income. Inflation at 0.7 percent has been below the central bank’s 2.5 to 3.5 percent target range for three years.

Boosting incomes and avoiding deflation would necessitate a weaker exchange rate. The won has become a third pricier against trading partners since early 2009. Japanese exporters are using a weak yen to cut prices, and invest more in product development. That’s a headache for Korean auto and electronics makers.

However, cutting interest rates to weaken the currency is like bringing a water pistol to a fight with the Japanese monetary bazooka. With the Bank of Japan buying about $50 billion in government bonds each month, the Bank of Korea needs to raise its game, and expand its balance sheet.

Monetary easing may work best in tandem with fiscal stimulus. The latter can take the form of liberal tax breaks for companies that retain older workers and hire women, as well as tax rebates on mortgage payments by households.

Financing the package by selling government bonds need not raise interest rates for private borrowers if the monetary authority maintains a bulked-up balance sheet. Then the bonds will simply disappear into the central bank’s vaults. More money in people’s pockets will help household spending, which is stifled by high debts.

Seoul’s policymakers have been persistently behind the curve. They need to get creative.

A man wearing a mask to prevent contracting Middle East Respiratory Syndrome (MERS) is silhouetted against setting sun as he rides a bicycle in Seoul, South Korea, June 12, 2015.

South Korea’s economy grew a seasonally adjusted 0.3 percent in the second quarter, the weakest quarter-on-quarter rise since a 0.1 percent gain in the first three months of 2009. The median forecast in a Reuters survey of 20 analysts was for 0.4 percent expansion.

The Bank of Korea cut its benchmark interest rate to 1.5 percent in June, the fourth reduction since August last year, and trimmed its growth forecast for 2015 to 2.8 percent.

Lawmakers are currently debating a proposed supplementary budget of 11.8 trillion won ($10 billion) to support the economy, which has suffered from an outbreak of Middle East Respiratory Syndrome and a drought that cut consumption and farm output in the second quarter.