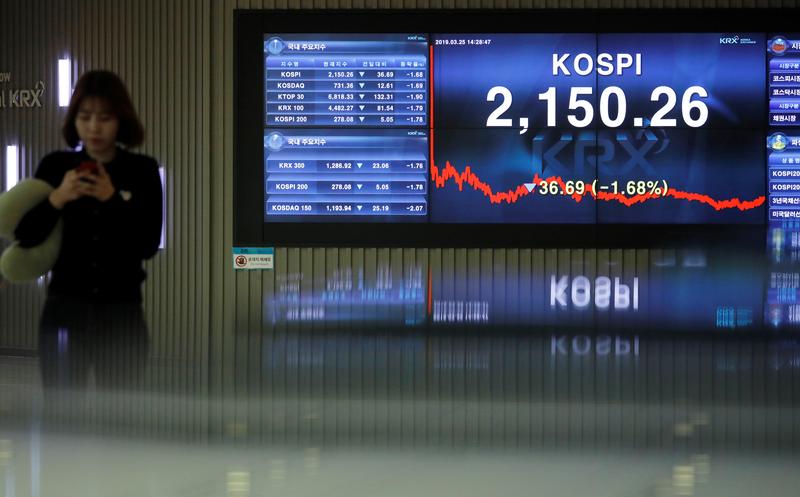 Revised GDP showed the export-dependent economy shrank more than expected amid a U.S.-China trade spat. The central bank, stuck between anaemic inflation and a plummeting currency, has dithered. A rate cut might help, but political squabbles are short-changing fiscal stimulus.

South Korea's gross domestic product contracted by 0.4% in the three months to March from the previous quarter, according to the Bank of Korea's revised data released on June 4. That's more than the 0.3% decline estimated in April.

The country's central bank on May 31 voted 6-1 to keep the benchmark interest rate at 1.75%. Board member Cho Dong-chul was the sole dissenter, voting for a 25 basis point cut.