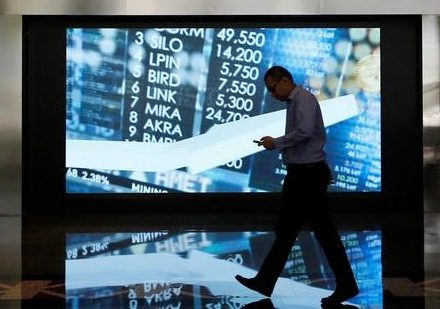 Trade friction and a stronger dollar have dented asset prices in Indonesia and its neighbours. But election distractions are over and central banks have scope to help growth. Most helpfully, investors trust policymakers here more than peers in countries like Turkey or Argentina.

A man walks past screen at the Indonesia Stock Exchange building in Jakarta, Indonesia, September 6, 2018.

Indonesia’s central bank said it was “in the market” to stabilise the rupiah on May 22, as the currency fell to its weakest since late 2018. It has since recovered to trade at around 14,300 to the dollar. Risk aversion has pushed down other emerging market currencies, including the South Korean won.

A top U.S. business lobby in China said on May 22 that nearly half of its member firms in China were experiencing non-tariff barrier retaliation as a result of the trade war between China and the United States. Almost 41% of respondents were considering or had relocated manufacturing facilities outside China.