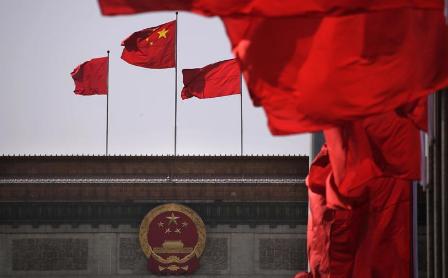 China Investment Corporation finally has a new boss. But compared to most companies, a change of the top at a sovereign wealth fund doesn’t always mean a change of tack. A sovereign fund’s proximity to the government and its investment approach are critical when it comes to determining the importance, or relative unimportance, of who sits at the top.

Ding Xuedong, a career bureaucrat, may be relatively unknown in global financial circles. That needn’t matter. His predecessor Lou Jiwei, who was promoted to finance minister in March, also lacked experience when he took charge of CIC when it was established in 2007.

But that didn’t stop CIC from growing; the fund has more than doubled in size and now manages roughly 15 percent of China’s $3.4 trillion foreign currency reserves. CIC’s domestic portfolio is dominated by legacy stakes in the country’s biggest banks and the fund outsources most of its overseas investments to external money managers. Unless the fund gets a big injection of new money, it’s unlikely Ding will get a chance to create waves.

By contrast, investors should pay more attention to Ding’s new rival in Qatar. The Qatar Investment Authority has a much more active approach to managing its $100 billion – $200 billion of funds. Ahmad al-Sayed was last week named as chief executive for the QIA. And whereas Ding’s appointment looks like political continuity, the Qatari appointment is a bigger shift, since Sayed’s predecessor was also the prime minister.

Sayed’s reputation as an aggressive dealmaker is unlikely to change. But Qatar’s new emir Sheikh Tamim, who is also chairman of the fund, now wants the country to “avoid arrogance”. The QIA’s future investments may thus focus on delivering financial rather than political returns.

At the other end of the spectrum from CIC is Singapore’s Temasek. Finding a successor to Ho Ching, who has led the fund for over a decade, will be more tricky, since Ho has transformed the fund from a passive into an active investor. Temasek is also independent from the government, even though Ho herself is the prime minister’s wife. That means that the buck really stops with the CEO. Few sovereign fund bosses can say that.

Chinese national flags flutter in front of the Great Hall of the People before the opening ceremony of Chinese People's Political Consultative Conference (CPPCC) in Beijing March 3, 2013.

China on July 5 named career bureaucrat Ding Xuedong, 53, as the chairman of the country’s sovereign wealth fund.
The appointment of Ding as the head of China Investment Corporation (CIC) ends a lengthy search for a replacement to Lou Jiwei who became finance minister in March.
Ding served as a vice secretary general of China’s cabinet and a former vice finance minister. He holds a doctorate in economics from a Chinese university affiliated with the Finance Ministry.
CIC, created in 2007, manages around $500 billion of China’s foreign currency reserves. The fund generated an 11 percent return from its overseas investments in 2012 from a loss of 4.3 percent in 2011.
Temasek, a Singaporean sovereign fund, reported an 8.6 percent rise in the size of its portfolio to a record S$215 billion ($173 billion) for the year to March 31, 2013, compared to a 2.6 percent rise in the previous year.
On July 2, Ahmad al-Sayed was appointed as chief executive of the Qatar Investment Authority. Sayed was previously chief executive at Qatar Holding, the fund’s investment arm.