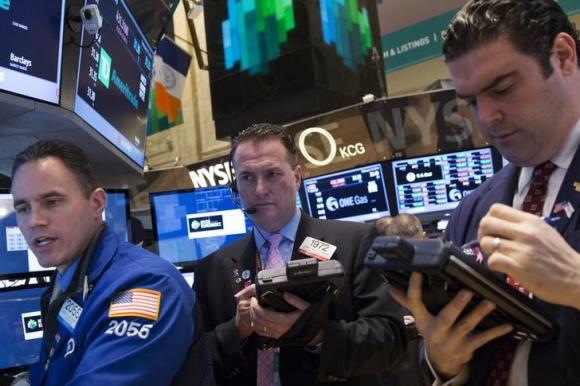 Beware new paradigms. The S&P 500 Index’s first trades above 2,000 on Monday invite the idea of a new normal in markets. The price-to-earnings ratio is under 20, only moderately above average, and interest rates remain low. But U.S. earnings are at a peak relative to GDP. Assume they adjust back to the long-term norm, and the stock benchmark would be a third lower.

The average PE ratio for the S&P since its inception has been just above 15. The current valuation multiple is higher, but still well short of past peaks. That suggests there could be further to run, though a reversion to the long-term average would leave the index only slightly above 1,500, down almost a quarter from the current level.

Low interest rates also support continued share-price buoyancy. One theory known as the Fed model postulates that the earnings yield on stocks should be equal to the long-term Treasury bond yield. The model largely held during the 1990s, although it hasn’t looked particularly accurate since. The implication at today’s 2.4 percent 10-year bond rate would be for the S&P Index to trade at around 4,200.

Other measures, however, suggest the index will eventually have to come down to earth. For instance, post-tax corporate earnings in the year to March averaged 10.8 percent of GDP, according to Bureau of Economic Analysis statistics. That’s close to the all-time peak proportion reached in 2012 and far above a sixty-plus year average of 7.2 percent of GDP.

Gains from globalization and outsourcing may have boosted U.S. multinationals’ profit margins sustainably. But cheap debt also plays a part and won’t last forever. If companies’ earnings shift lower, merely to the long-term average as a percentage of GDP, then at today’s PE ratio the S&P would be around a third lower, somewhere above 1,300.

Interest rates may stay low for a while yet. And some of the margin gains at U.S. companies may be locked in, at least for a while. But mean reversion is a powerful effect. In financial markets, new paradigms usually don’t last.