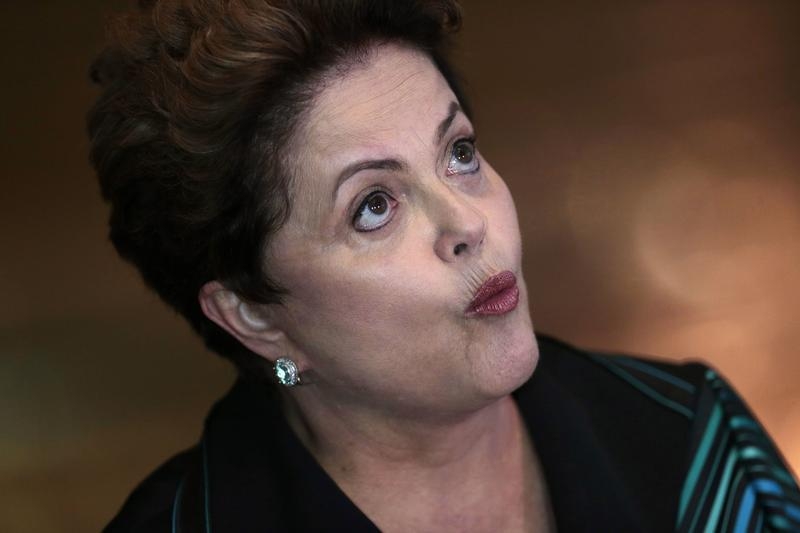 Many of Dilma Rousseff’s compatriots want the president impeached. S&P hasn’t gone that far but warns corruption and political turmoil may cost the $2 trln economy its investment-grade rating, which is another kind of indictment. Her second term will pay the price of her first.

Rating agency Standard & Poor’s cut its outlook on Brazil to “negative” from “stable” on July 28, saying the country is still facing political and economic challenges despite a significant policy correction during President Dilma Rousseff’s second term.

In a poll by Reuters after S&P announced the revision, most market participants said Brazil will probably lose its investment-grade status from more than one rating agency by end-2016. Twenty-three of the 28 respondents believe Standard & Poor’s will downgrade Brazil’s credit rating to junk status by the end of next year, and 20 expect at least one other agency to follow suit, according to the poll.

Rousseff’s government last week slashed its fiscal surplus goals for this year to 0.15 percent of GDP from 1.1 percent because of dwindling tax revenue and cut its 2016 goal to 0.7 percent of GDP from 2 percent. It announced additional budget cuts to underline its commitment to righting the economy, which shrank 0.2 percent in the first quarter of 2015 and is widely expected to tip into Brazil’s worst recession in 25 years.

Approval ratings for Rousseff’s government have fallen to just 7.7 percent, a poll published on July 21 showed, with 63 percent of respondents favoring her impeachment over the Petrobras kickback scandal.