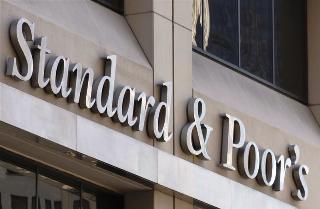 Standard & Poor’s mass warning was spectacular, but its impact will be limited. The rating agency is threatening to downgrade all the euro zone’s members – with the exception of Greece and Cyprus, which could hardly be punished further – if leaders don’t come up with a credible plan at their summit this week. S&P’s statement may add a little pressure, but it doesn’t change the terms of the euro zone equation. Governments must show that they are serious about fiscal reform in order to clear the way for the European Central Bank to put out the most urgent fires.

When it comes to sovereign debt, ratings agencies aren’t telling investors anything they don’t know: all data is public and out in the open, and the political background is there for anyone to interpret. That’s why euro zone government bond yields barely moved on the news – Italian and Spanish yields actually declined. Even France, which was singled out by S&P as the only euro zone member that might suffer a two-notch downgrade, saw its 10-year government bond yields rise only slightly.

The collective nature of S&P’s warning also dampens its impact. Sovereign ratings are relative. If all countries were downgraded at the same time, AA would simply become the new AAA. Still, borrowing costs across the euro zone will probably rise somewhat if S&P follows up on its threat. The euro zone’s bailout fund, the European Financial Stability Facility, would also lose its top rating. Then again, its funding costs have already risen as investors priced in the possibility of a downgrade.

The more pressing problem for euro zone leaders is to convince the ECB of their commitment to reform. Mario Draghi, the central bank’s president, has hinted that he needs that signal before unleashing the ECB’s full crisis-fighting powers by lowering interest rates, opening a longer-term liquidity facility for banks, and buying sovereign bonds more resolutely. In spite of this week’s French-German compromise on European treaty changes, it is still too early to say that the stars are beginning to align in that direction.

The Standard & Poor's building is seen in New York.

Standard & Poor’s said on Dec. 5 that it could cut the credit ratings of 15 euro zone countries, including Germany and France, if a European summit later this week fails to come up with a decisive plan.
S&P also warned of slowing growth as a result of austerity, and predicted a 40 percent chance that euro zone output will fall next year.