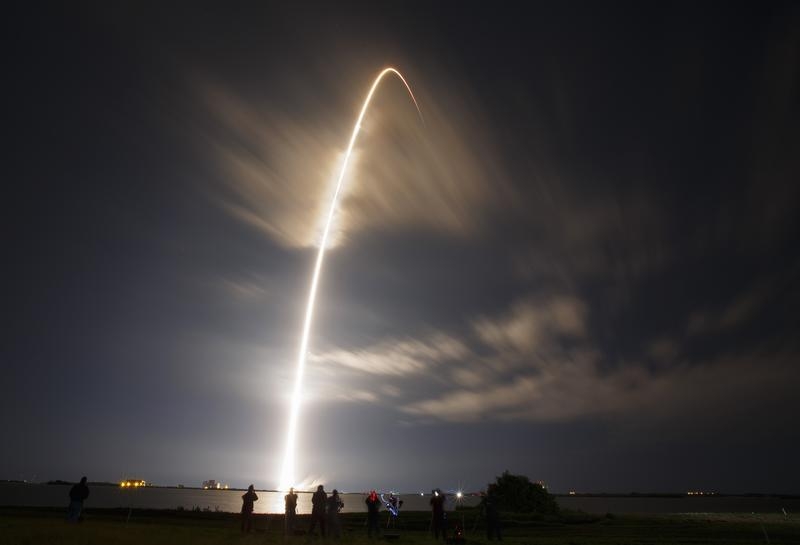 Elon Musk’s satellite dream is a throwback to the 1990s. Google is investing in SpaceX, one of the overworked billionaire’s companies, which along with its commercial rocket launches is planning a broadband network of 4,000 satellites. The pioneering Teledesic tried something similar around two decades ago but ultimately failed. The question for SpaceX is whether the equation has yet changed enough.

Thanks to Moore’s Law of increasing computing power and the falling cost of technology, a reboot of Teledesic’s effort – supported back in the day by Bill Gates and cellphone pioneer Craig McCaw – would come much cheaper now. The demand for broadband is far stronger and more universal. It’s also still expensive to lay fiber-optic cable, especially so in the rural and poor areas where today’s internet connections are slow or non-existent. A global network operating at the speed of light in space would eventually be more efficient than today’s infrastructure.

Yet many of Teledesic’s challenges still exist. To avoid transmission delays, satellites must be in low orbit, which means they have to move at high speeds to stay aloft. That requires a lot of them to maintain coverage – Teledesic planned 800. The cost of rocket launches and developing antennas to track the satellites did the project in.

Musk’s satellite company is pushing down the price of launches dramatically. A new rocket debuting this year could slash the cost from the current $2,000 per pound, already far less than established government contractors charge. Musk’s estimated price tag for his network of under $15 billion could be in the ballpark, with hope of making money if it grabs even a modest slice of the $4 trillion-a-year global communications market.

Yet even the less ambitious Iridium, with 66 satellites in low orbit, went bust in its first incarnation in the late 1990s in the face of high costs and the rapid march of terrestrial technology that made its phone service less valuable. OneWeb just announced a competing satellite project, and entrepreneurs everywhere are still cooking up new earthbound ways of providing connectivity all the time.

Musk may also be wishing away the political difficulty of securing transmission spectrum and licenses in multiple jurisdictions. Then again, his ambition and Google’s support are powerful forces. SpaceX’s plan isn’t premature like Teledesic’s was – but it may still be unprofitably early.

SpaceX said on Jan. 20 that Google and Fidelity had invested $1 billion in the company, giving the new investors an ownership stake of just under 10 percent.

At a SpaceX recruiting event held in Seattle on Jan. 16, founder Elon Musk outlined the company’s nascent plans to develop a satellite-based internet service. Musk estimated the network would cost $10 billion to $15 billion to develop, use 4,000 satellites in low earth orbit, and take at least five years to bring online. The goal would be to carry the majority of long-distance internet traffic and a small chunk of local data, according to a transcript from someone present at the event reported on the website shitelonsays.com.

Separately, OneWeb announced on Jan. 15 that it had secured funding from Virgin and Qualcomm. OneWeb plans to use 648 satellites to deliver broadband to remote and emerging markets. Virgin’s Richard Branson and Qualcomm Executive Chairman Paul Jacobs will join OneWeb’s board. OneWeb estimates the cost of building its network is $2 billion.